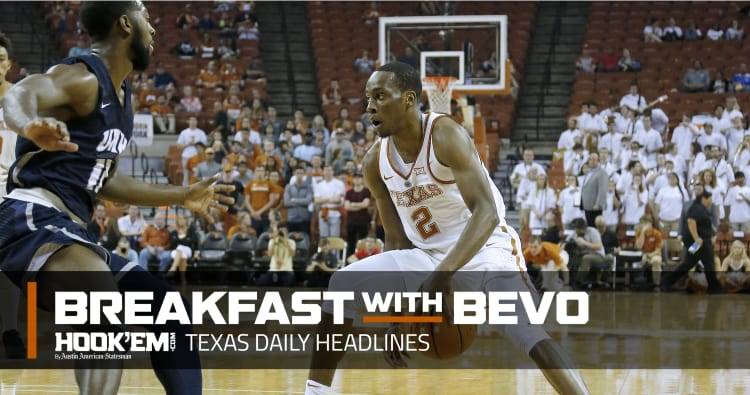 Texas point guard Matt Coleman is “trusting the process” writes Longhorns beat reporter Brian Davis. The freshman floor general has been riding the ups and downs of the season so far, and will be a key to the Longhorns success. He has to face tough Big 12 competition full of quality guard play. Coleman next takes on Jaylen Fisher of TCU Wednesday. Coach Shaka Smart believes Coleman can lead this team, but he’ll have to do a better job as the quarterback on the floor. Much like quarterbacks, the point guard may get the credit, or blame, for how well this team performs.

With less than one month remaining in the 2018 recruiting cycle, the Longhorns have 19 players that have signed letters of intent. They have two others verbally committed to Texas, making a class of 21. It’s possible the Longhorns end up signing 30 prospects, recruiting writer Mike Craven reports. He provides a look at five players to watch in the final month of recruiting. A couple are ranked in the American-Statesman’s Fab 55 list.

Charles Omenihu had thought of turning pro after a breakout year in which he helped the Texas defense improve by leaps and bounds. One NFL draft analyst had Omenihu going as early as the second or third round if he chose to skip his senior season. Instead he’ll suit up one more year for UT, Texas beat writer Danny Davis reports.

Longhorns in the NFL: wild-card round highlighted by defense