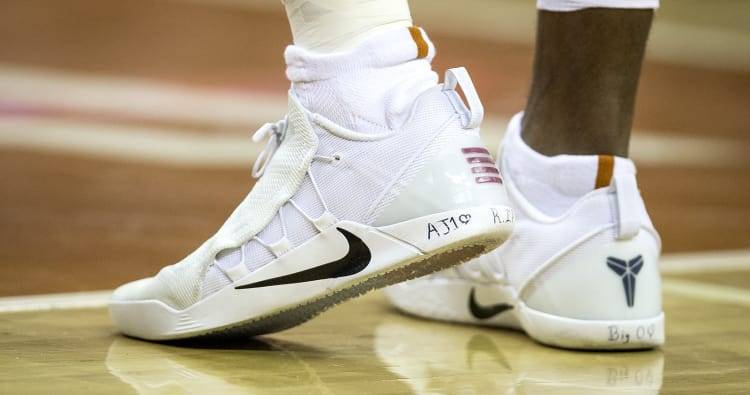 In his more than 50 years in college basketball, Duke coach Mike Krzyzewski has seen just about everything. When he speaks, people listen.

During his ESPNU Radio show on Thursday, he talked about Texas guard Andrew Jones, who was recently diagnosed with leukemia. Krzyzewski watched the ending of the Longhorns’ double overtime win over TCU, and he had this to say:

“It wasn’t just a layup, because there was defense, but (Jaylen Fisher’s attempt at the buzzer) was definitely a make-able shot. It’s one of those times when you feel like the basketball gods, they didn’t block it, but they made sure it didn’t go in. There are moments in sport that go along with the human element that combine, and the emotional impact of all that. To be able to see how Shaka Smart and his team reacted to that was just pure emotion. It was beautiful. I hope it gave Andrew (Jones) and his family something uplifting and I know they’ll get great support medically and motivationally throughout their fight. Our prayers are with them.”

Krzyzewski also mentioned his work with the V Foundation for Cancer Research, and urged Jones to “stay strong.”

“I’ve been part of the V Foundation for 25 years and there are so many miracles that happen,” he said.

The college sports community at large has thrown its support behind Jones, with many messages going out on social media and several displays during other games on Wednesday night. The Big 12 especially put rivalries aside to share well-wishes for Jones and the Longhorns.

The fight is just beginning, but so is the outpouring of love and support throughout the country. You can expect it to continue throughout the rest of the Texas basketball season.

The post Mike Krzyzewski: ‘Basketball gods’ were on Texas’ side in win over TCU appeared first on Hook ‘Em.

Texas’ 2018 early enrollees are ready to make an immediate impact