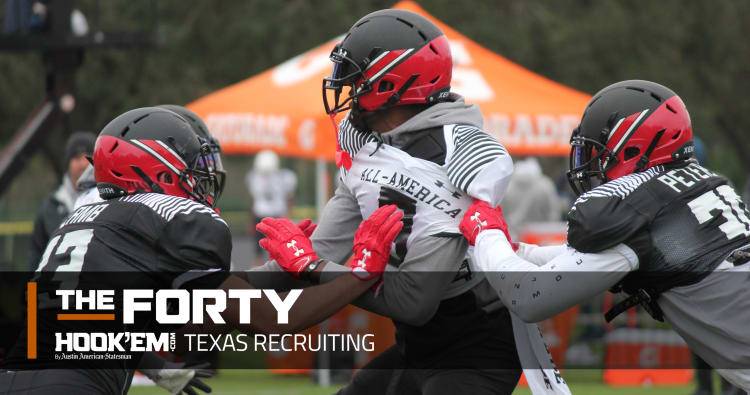 Texas wants to use the tight end as a versatile position that creates mismatches for the offense. Malcolm Epps, a 6-6 tight end from Spring Dekaney, is a matchup nightmare because of his length and athleticism. The 4-star prospect is a wide receiver first, excelling when split out wide or in the slot. He also can play H-Back and traditional tight end.

Epps utilized the early national signing period, inking his letter of intent on Dec. 20. The future Texas tight end will arrive on campus over the summer and could immediately push for playing time in certain packages. As he’s mentioned in interviews, Epps needs to fall in love with the weight room, add muscle and become a more consistent blocker.

The Under Armour All-American answered some questions about recruiting, football and life in this edition of commitment Q&A.

I didn’t start liking football until my freshman year of high school. I started to love it after my first 7-on-7 tournament.

It is my home school. Austin is a great place to live after football and my parents will be able to come see me play.

What are your goals as a freshman?

Be the best player I can be for the University of Texas.

Caring about my family.

He’s a coach who cares about his players.

Your boy is officially a college student

I see myself playing all around the football.

All the “Rush Hour” movies.