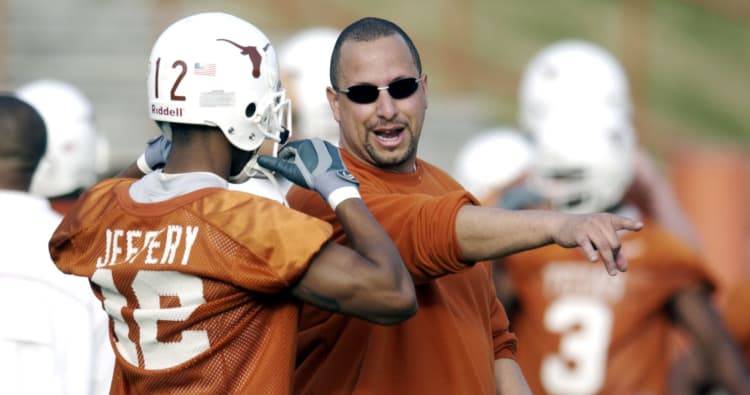 Another ex-Longhorn is heading to Stanford.

Stanford announced on Thursday that it had hired Bobby Kennedy to be its wide receivers coach. Kennedy spent the past four seasons at Iowa, and he recently agreed to be an offensive assistant at SMU. He will instead inherit a Stanford receiving corps that was paced last year by junior JJ Arcega-Whiteside (48 catches, 781 yards, nine touchdowns).

Kennedy coached the receivers at Texas from 2004-10. Under his tutelage, Jordan Shipley became a finalist for the Biletnikoff Award in 2009.

Kennedy will join ex-Longhorn assistant Duane Akina on Stanford’s staff. Akina has coached defensive backs for the Cardinal since 2014. Kennedy and Akina both worked under Mack Brown when Texas won a national championship in 2005.