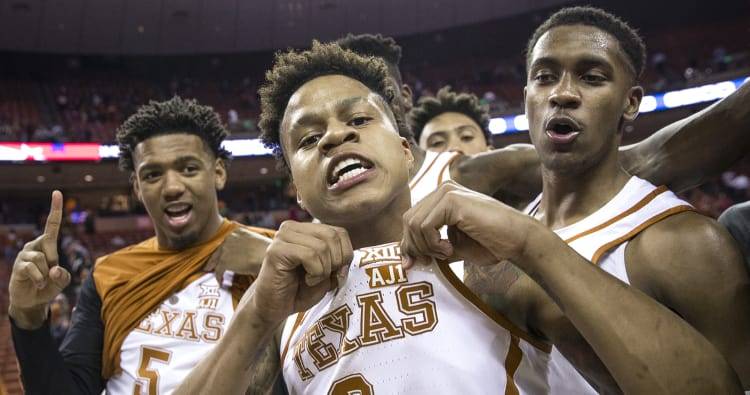 The #TexasFamily hashtag is often tossed around on Twitter to convey the relationship between University of Texas athletes, students, faculty and alumni. This week, that hashtag has taken on a heavier tone.

On Friday, Texas released a video with members of the family sharing supportive messages for one of their own, sophomore basketball player Andrew Jones, who was recently diagnosed with leukemia.

The nearly 2 minute video featuring messages from each of the school’s athletic programs and several administrators is just the latest gesture directed at Jones. The college basketball world has jumped on board, and the Texas basketball team raised awareness by wearing jersey patches during an emotional 99-98 win over TCU in double overtime on Wednesday.

Texas Gov. Greg Abbott showed his support, and legendary Duke coach Mike Krzyzewski said the “basketball gods” were on the Longhorns’ side in the TCU game. Even many of Texas’s Big 12 rivals helped raise awareness and goodwill for Jones’s disease.

“I think our guys did a phenomenal job of coming together tonight and fighting,” Texas coach Shaka Smart said following the TCU game. “But to be honest with you, it’s a whole different level when you’re talking about battling a very, very serious illness. That’s why we really, really need everyone’s thought and prayers and support.

“Andrew doesn’t just need that now over the next few days and weeks. He needs that over time, over the long haul.”