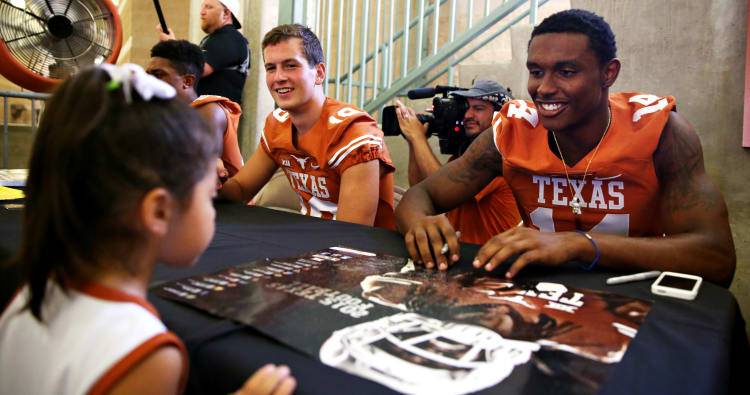 El Paso will be the next stop on ex-Texas quarterback Kai Locksley’s journey.

Locksley gave a verbal commitment to UTEP on Monday. Locksley spent the past season at Iowa Western Community College. He is rated by 247Sports as a three-star prospect and the fourth-best dual-threat quarterback on the JUCO circuit.

According to 247Sports, Locksley threw for 16 touchdowns and ran for 19 scores in 2017. He was named the NJCAA Offensive Player of the Year in December.

Much Is Expected..
Go Legend.

Locksley signed with Texas in 2015. The four-star recruit, however, was unable to beat out Tyrone Swoopes, Jerrod Heard or Shane Buechele for playing time, and he was eventually moved to receiver.

Locksley, who redshirted in 2015, never played at snap at UT. He left the program during the 2016 season.