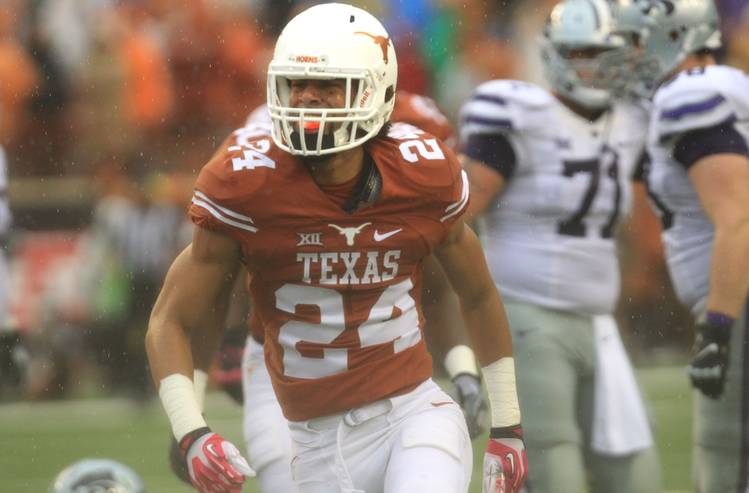 The Big 12 tabbed 10 Longhorns for its football all-conference academic team on Thursday. Cornerback John Bonney, fullback Dominic Cruciani, linebacker Trey Gonzales, tight end Logan Mills and offensive lineman Jake Raulerson were among the conference athletes given first-team honors, according to a press release by the Big 12.

In the past 10 years, Texas has led the conference in both total selections and first-team choices. During that span, the Longhorns have had 186 total honorees, including 121 on the first team, according to the release.

According to the release,  first-team members consist of those who have maintained a 3.20 or better grade-point average while the second-team selections must achieve a 3.00 to 3.19 GPA.