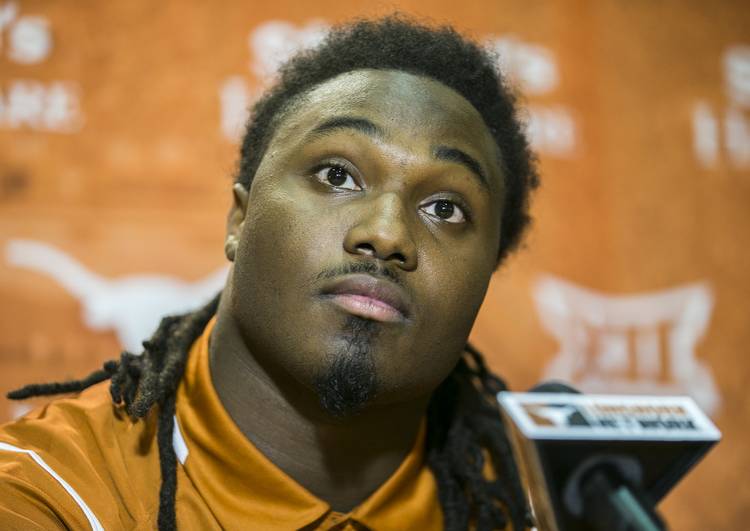 D’Onta Foreman revealed on NFL Network that during his historic junior season with the Longhorns he was mourning with the loss of his infant son who died after a on Nov. 5. The news had never been reported until Monday night, and when it came to light, the Longhorn nation and many media members reacted on Twitter with heartfelt emotion.

The passing of his son, D’Onta Jr. pic.twitter.com/KTN86tAyBk

It was something we dealt with internally as a family.And with all of that on his shoulders he NEVER cheated Texas fans! My son is a MAN! 🤘

D'Onta's story is a reminder that fans, media, nobody outside any locker room really/truly knows what these athletes are going through.

Bro I heard about it shortly after it happened and 1st I thought how brave it was of you to play.. But then HOW you played blew me away man! https://t.co/2bTjUZk6Vo

Proud of the Toughness and Grit of this Longhorn. He is the kind of MAN that the @NFL needs. @D33_foreman is a Running Back-Running FORWARD! https://t.co/2fZ25TpwSB

Watched this young man play every Saturday w/ no idea what he was going through. You a real one @D33_foreman. Keep building your legacy! https://t.co/wiuRHBj7ao

Only the strong survive and many would never be able to handle the things he did! @D33_foreman Happy Birthday and #Respect brotha! 🤘🏾 https://t.co/IN7UUQd8pP

Heartbreaking & beautiful all at the same time. God bless you and your family @D33_foreman 🙏🏼 https://t.co/yRst4sr0nq