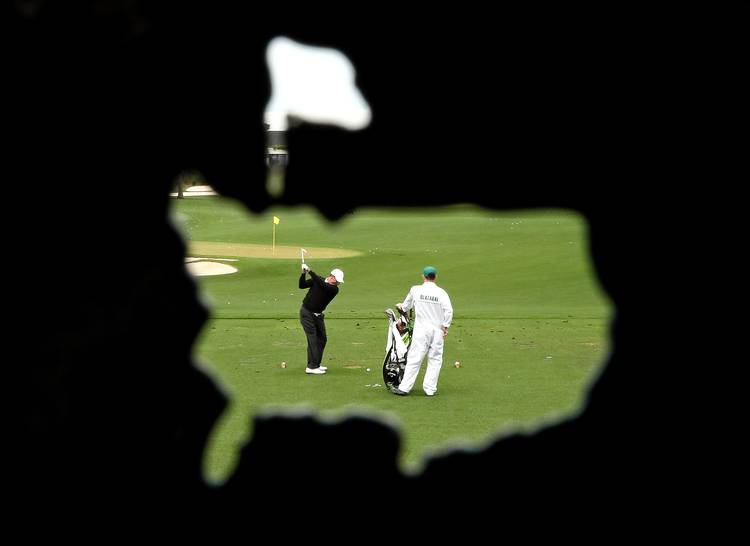 AUGUSTA, Ga. — When I found John Fields near the first tee at Augusta National on Wednesday, I asked the Longhorns golf coach about the draws of his pupils in their opening rounds of Masters play.

“All of them,” the coach answered.

Fields has reason to be flush with excitement before Thursday’s first round. His Texas Longhorns will be out in full force here.

Frittelli had the first hole-in-one on the eighth hole of the Par-3 Tournament. As his tee shot backed into the hole, he leaped into the air. He got a hug from playing partner and former Longhorns great Ben Crenshaw, then threw up a Hook ’em Horns sign.

His parents are on hand from Johannesburg, South Africa, to watch Dylan’s first Masters appearance.

“Dylan gets in a little bubble, a shell before he plays,” his mother, Jenni, said outside the Member Pro Shop. “He’s very focused.”

She and her husband Ray will walk the course and follow Dylan on Thursday. His sister, Carlyn, and Dylan’s 2-year-old nephew, Alastair, will try to keep up for a while. Dylan bought him cut-down clubs including a short Scotty Cameron putter, but the curly-haired Alastair went straight for Dylan’s regulation clubs.

So can Dylan win?

Will Baker, 5-star basketball recruit from Westlake, talks about Texas at Final Four