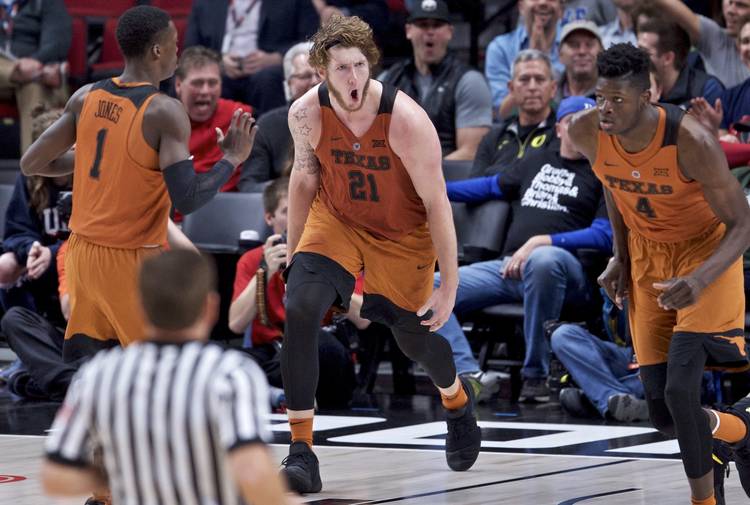 One of the most positive aspects about Texas’ trip to Portland, Ore., last weekend may have been what coach Shaka Smart saw in the locker room.

“There were some tears,” Smart said on Tuesday about UT’s overtime loss to top-ranked Duke.

That alone may represent progress.

The Longhorns (4-2) went 1-2 at the PK80 Invitational. Texas beat Butler on Thanksgiving and then lost to Duke last Friday and No. 17 Gonzaga on Sunday. Smart’s club forced overtime in the final two games and even held a 16-point, second-half lead against the Blue Devils.

“They were really upset,” Smart said. “But I think they also felt like there were some good things we did, and we didn’t necessarily play an A-game for us.”

Smart has a pitch-perfect, pre-game speech for Wednesday’s matchup against Florida A&M. It’s valid for the rest of the season, really: The Horns should now believe they can compete against anybody, assuming they come ready to compete.

The Rattlers (1-7) will offer some resistance despite what their record indicates. But the next few weeks will give Texas a chance to sharpen things up before No. 2 Kansas arrives in Austin on Dec. 29 in the Big 12 opener.

The Horns have six non-conference games ahead to work on their shooting. They shot around 40 percent in all three PK80 games but made only 19 of 66 (.288) from 3-point range. Texas is shooting 28 percent from long range, which ranks last in the Big 12. That’s where the team finished last season, too.

By adding Mo Bamba and Dylan Osetkowski inside, that should create better open looks on the perimeter. But guards like Andrew Jones, Kerwin Roach Jr., Eric Davis and Matt Coleman must knock ’em down. UT made only four 3-pointers against Duke. Jones drilled a game-tying 3-pointer at the end of regulation against Gonzaga, but the Horns were 8 for 22 in Sunday’s tournament finale.

“It changes the way people guard you,” Smart said. “A lot of teams, if they don’t think you can make a shot, they’re going to dare you to shoot. They’re going to pack it in. That affects the post, when the ball goes into those guys. It impacts your pick-and-roll offense just because they’re guarding it differently.”

For example, Smart said defenders are going under the pick-and-rolls against Roach. Shooting 25 percent from 3-point range, Roach simply isn’t known as a long-range threat.

“So that’s something we’ve got to counteract by shooting the ball better,” Smart said. “I think we’ve got quite a few guys on our team, starting with Dylan, that can shoot a lot better than they have shot so far. But the proof is in the pudding. It’s all about going and playing and making shots.”

Osetkowski is the most aggressive shooter on the floor. He’s taking about 12 shots per game while Bamba is shooting just under eight. This time last year, Smart said then-freshman Jarrett Allen should have double-digit shot totals.

“I would like for him to be there, but he needs to be more assertive,” Smart said. “That’s also on him.”

Smart was pleased with his team’s full-court press against Gonzaga, a defensive frenzy that helped Texas out of a 21-point hole. “I love playing that way, man. You know that,” Smart said.

The coach admitted he thought about whether he should have stuck with the press in overtime against the Zags. Texas scored on the opening possession of OT when Bamba had a dunk. But the Horns never made another bucket, and there were few dead-ball stoppages. There were almost no realistic chances to set things up.

Asked why he didn’t put forward James Banks in during overtime, Smart said, “At that point, I didn’t want to put anyone in that hadn’t played. I didn’t think that would have been fair to them.”

Smart will likely start tightening his lineups once December begins. A major road test against Virginia Commonwealth (Dec. 5) and a home date against Michigan (Dec. 12) are two intriguing matchups ahead.

Everything is pointing toward the battle against the Jayhawks just after Christmas. One step at a time, though. The next one is Wednesday against the Rattlers.

“The good thing is that we’re getting close to that point in the year where the academic calendar winds down, and we can spend a ton of time on skill,” Smart said. “We’re definitely putting an emphasis on getting in the gym and putting shots up.”