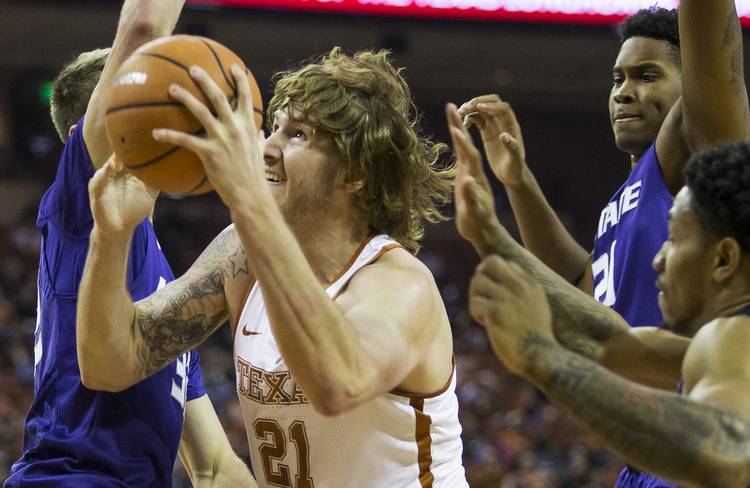 Dylan Osetkowski is making waves for more than his basketball skills. The junior Texas forward currently averages 14 points a game, but his hair also has people talking.

A year later, Osetkowski grew a beard and his hair out.

In 2018, Osetkowski changed up his hair and sported twists during the game against Ole Miss in January.

In February, he traded in the twists for cornrows when the team played Oklahoma. The style even inspired a few popular tweets.

ESPN’s Maria Taylor met with Osetkowski before the Oklahoma matchup to talk his hair game. He told her he hasn’t cut his hair in about a year. Judging from the length now, the sky’s the limit for what he’ll do with his hair next.