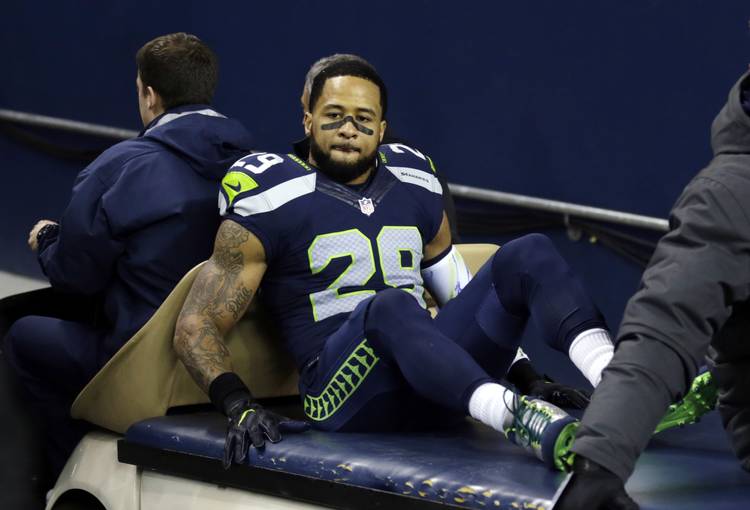 Seattle Seahawks' Earl Thomas leaves the field on a cart after being injured against the Carolina Panthers in the first half of an NFL football game, Sunday, Dec. 4, 2016, in Seattle. (AP Photo/Stephen Brashear)

Seattle Seahawks safety Earl Thomas suffered a leg injury on Sunday and the former Longhorn didn’t mince words when he tweeted about his future.

Since entering the league Thomas has been one of the game’s best players. The five-time Pro Bowler, four-time All-Pro and Super Bowl Champion has 552 career tackles, 23 interceptions and 55 pass deflections.

Thomas suffered the injury Sunday night against The Carolina Panthers as he tried to intercept a pass. According to reports, Thomas suffered a broken leg.