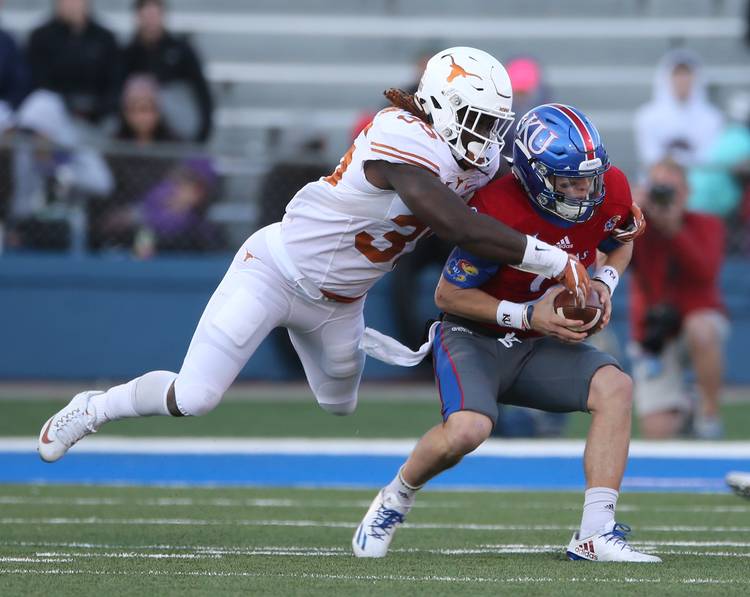 After four years at Texas, Edwin Freeman will complete his collegiate career in Florida.

Freeman joins receiver Reggie Hemphill-Mapps (Trinity Valley Community College) and quarterback Josh Covey (Stephen F. Austin) as the players who have transferred away from UT this off-season. Only Hemphill-Mapps and Freeman were on scholarship at Texas.

A 6-1, 250-pound linebacker, Freeman logged five career starts but was mostly used in a complementary role at Texas. Forty-nine of his 67 tackles at Texas were tallied in 2016. That season, Wheeler also recorded a two-turnover game against Kansas State.

Freeman was a four-star recruit out of Arlington Bowie when he signed with Texas in 2014.

WATCH: Marquise Goodwin on buying his mom a house