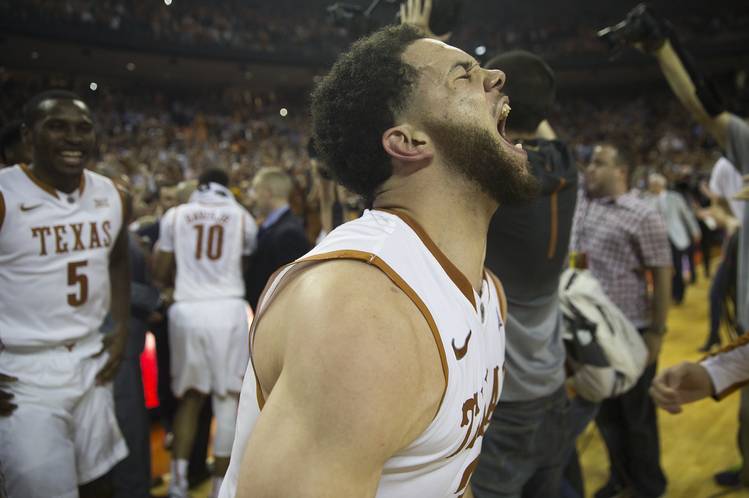 Texas guard Javan Felix celebrates a win over the No. 3 North Carolina 84-82 during the second half of an NCAA men's college basketball game at the Frank Erwin Center in Austin, Tex., Saturday, Dec. 12, 2015. RICARDO B. BRAZZIELL/AMERICAN-STATESMAN

Texas captured dual honors from the Big 12 office on Monday. Javan Felix was named the co-player of the week, and Eric Davis was named newcomer of the week.

Both had solid performances in Texas’ 84-82 win over North Carolina on Saturday. Felix hit the buzzer-beating jumper that secured victory and finished with 25 points, three shy of his career high. He went 5 for 7 from 3-point range.

Davis, who has now been honored twice already this season, had 16 points and went 4 for 5 from 3-point range.

Texas (6-3) is back in action Tuesday against Appalachian State.

#Big12MBB: @TexasMBB's Eric Davis Jr. is the first two-time winner of the Newcomer of the Week Award this season. pic.twitter.com/ppAamIMNLr