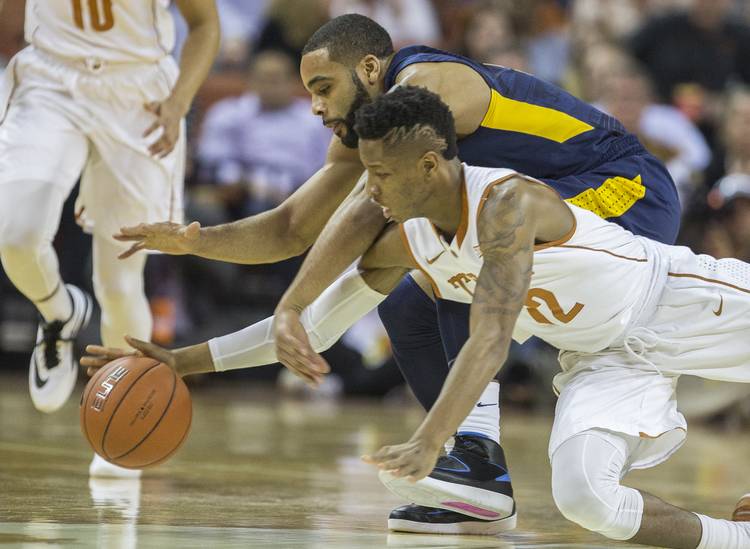 A team with a long history of fading in February appears ready to chart a new course.

No. 24 Texas bounced back from a two-game losing skid and trounced West Virginia on Tuesday at the Erwin Center. The Longhorns’ 85-78 victory keeps them two games back in the Big 12 race with five games left in the regular season.

The Longhorns had one of their best shooting performances in recent weeks, hitting a whopping 10 of 22 shots from 3-point range. Isaiah Taylor led the way with 23 points and Eric Davis threw in 15 more as Texas improved to 17-9 overall and a whopping 13-1 at home this season.

Both teams had scorching stars. No. 10 West Virginia opened things up by hitting eight of its first 10 shots. Texas turned it around after a sluggish start. Both teams made more than 60 percent of their shots in the first half, yet the Horns were the ones up 45-36 at the break.

Texas had a 16-point lead with just under four minutes left. Not to be outdone, West Virginia cut the deficit to six with 1:02 remaining. But UT freshmen Kerwin Roach and Tevin Mack combined to go 4 for 4 from the free throw line in the final minute and Taylor added four more free throws himself to keep West Virginia at bay.

Two Longhorns deserve recognition. Connor Lammert got back to his sharp-shooting ways by finishing 3 of 6 from beyond the arc and tallying up nine points. Texas needs him to contribute from the wings. Senior Demarcus Holland, who has seen his minutes go to the freshmen had a 3-pointer and forced a WVU turnover in just 10 minutes.

Iowa State wanted to pack it inside and let Texas shoot from long range. The Horns were deadly beyond the arc against the Mountaineers. But the Horns got contributions from everywhere, totaling up 38 bench points, the highest total in Big 12 play so far. Texas had a whopping 76 bench points in the blowout win over UT-San Antonio in December.

Eric Davis, who scored only seven points in the four previous games, had a red-hot heat check midway through the first half. The freshman swished three consecutive 3-pointers and drove the lane for another impressive bucket, giving Texas a three-point lead. Not to be outdone, Davis reared back and drilled another 3-pointer just before halftime. He hit four 3-pointers twice previously this season but hadn’t done it since the North Carolina win in December.

Texas coach Shaka Smart wanted to see more aggression. “I wouldn’t mind more guys demonstrating some swagger out there,” he said Monday. It’s doubtful he wanted center Prince Ibeh to swat Tarik Phillip’s shot and stand over him, earning a technical foul in the process. The Horns were so amped up, they turned it over three times in the first 3:23 and fell behind by eight. But Texas had just one turnover over the next 10 minutes and eventually took the lead.

The UT promotions folks must’ve got their dates mixed up. For some reason, a funny video poking fun of Baylor aired during the first half. The 25th-ranked Bears will be in Austin on Saturday. Coach Scott Drew’s team suffered a stunning home loss to Texas Tech last weekend and hosted Iowa State on Tuesday. The Bears are in the same position as the Horns. Neither can afford to stumble at this point.