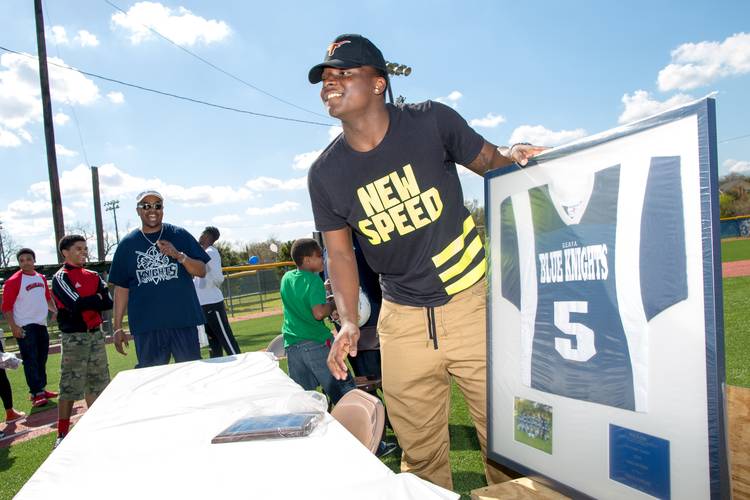 University of Texas football recruit Erick Fowler had his first youth football #5 jersey from his time as a Blue Knight retired during a ceremony by Greater East Austin Youth Association at Dobbs-Mabson Fields Feb. 27. 02/27/16 Tom McCarthy Jr. for AMERICAN-STATESMAN

Fowler, a four-star prospect from Manor, did not move onto campus last week with other incoming recruits and is said to be waiting on a standardized test score.

Marcel Southall, a defensive tackle from Duncanville, also has some work to do academically.

“They’re still getting their work in and at some point they’ll make it to campus,” Strong said.

If available, Fowler would give Texas a skilled pass-rusher who is considered to be among the top youth players to ever come out of Austin.

This comes one year after Texas had to cut ties with three signees who couldn’t make the grades: Floridians Devonaire Clarington (tight end) and Gilbert Johnson (receiver) and Houston’s Du’Vonta Lampkin (defensive tackle).