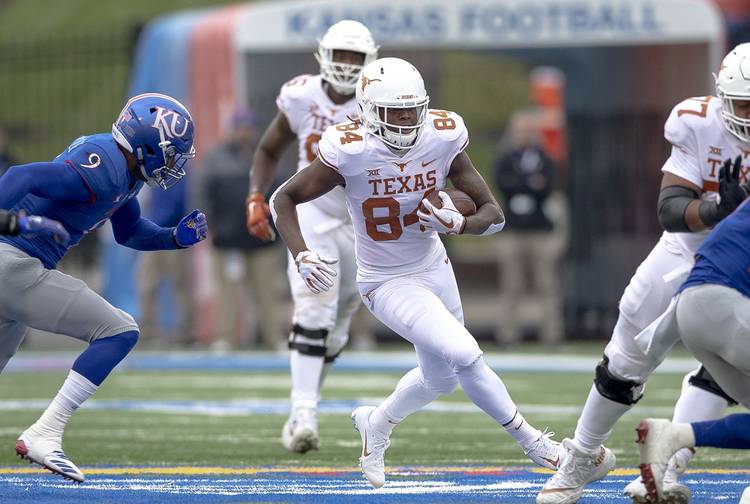 The No. 14 Longhorns have topped Kansas 24-17 on the road in Lawrence, securing a spot in the Big 12 championship game.

The Eyes in Lawrence. pic.twitter.com/TtZ5a1ILtS

Two hours ahead of kickoff, Texas (8-3, 6-2 Big 12) announced that leading tackler Gary Johnson would be suspended against Kansas (3-8, 1-7) for an undisclosed violation of team rules.

Big loss for Texas. Gary Johnson leads the team in tackles with 74 and is second in sacks with 5 1/2. Freshman DeMarvion Overshown is listed as his backup but no announcement if he'll start. Overshown has played in six games, has one assisted tackle.

For live updates, photos and analysis from the American-Statesman’s Brian Davis, Danny Davis and Kirk Bohls, check out our game day page at the link below:

Looks like Kansas starts ’em young on the Horns Down