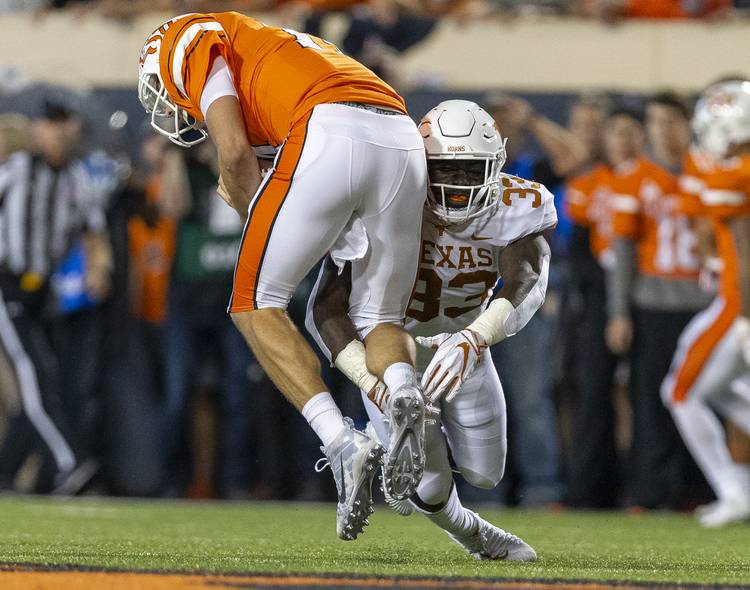 Former Texas linebacker Gary Johnson opened the 2018 season at FedEx Field, which is the home of the NFL’s Washington Redskins. One year later, will his professional career begin at the same location?

Johnson has signed with Washington, the team announced over the weekend. After originally entering the NFL as an undrafted free agent, Johnson was cut by the Kansas City Chiefs in June. His signing gives Washington some depth at the linebacker position.

In two seasons at Texas, the six-foot, 230-pound Alabama native compiled 150 tackles, 8.5 sacks and three forced fumbles. His 90 tackles led the Longhorns in 2018.

Despite running the second-fastest time for a linebacker at the NFL Combine, Johnson was not selected in this past spring’s draft.

It is unclear when Johnson will make his professional debut. Washington has two preseason games left on its schedule. Johnson is not the only undrafted Longhorn who is trying to make a favorable impression during the preseason.

Over two preseason games with the New Orleans Saints, Lil’Jordan Humphrey has turned three receptions into 60 yards and a touchdown.  P.J. Locke III has recorded five tackles over his two preseason appearances in Pittsburgh’s secondary. Former UT left tackle Calvin Anderson made his professional debut with the New York Jets on Thursday while Patrick Vahe, a 45-time starter at guard for Texas, has played in two preseason games with the Baltimore Ravens. A preseason game this past weekend featured Tennessee defensive tackle Chris Nelson (three tackles) and New England tight end Andrew Beck (one reception).

Mack Brown on Cedric Benson: ‘Sally and I along with a lot of Longhorns are just crushed’