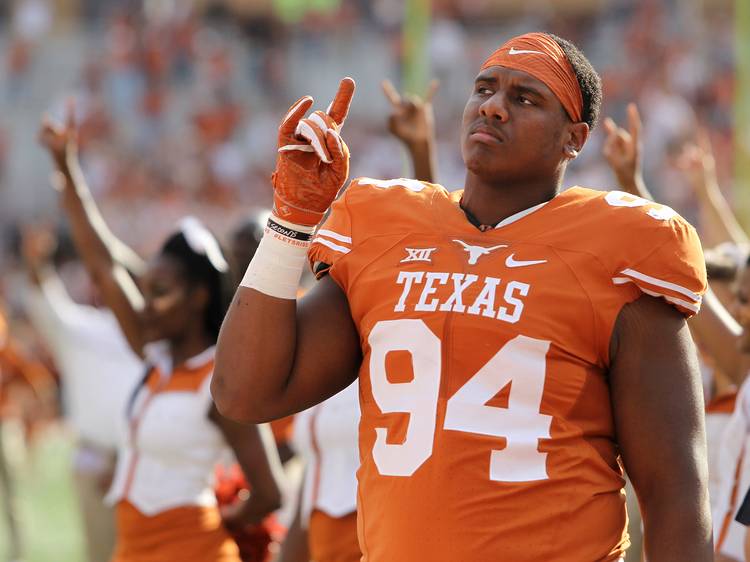 Let’s use Texas’ roster, history and scouting reports to countdown to the start of the 2017 football season. Today, we are only 94 days away from Texas’ home game against Maryland.

Which Longhorn wears No. 94? DT Gerald Wilbon. Once a three-star recruit from Louisiana, Wilbon recorded four tackles over nine games in 2016. In its season finale against TCU, Texas started Wilbon on its defensive line.

Mack Brown: ‘If the right situation came up, I would coach again’