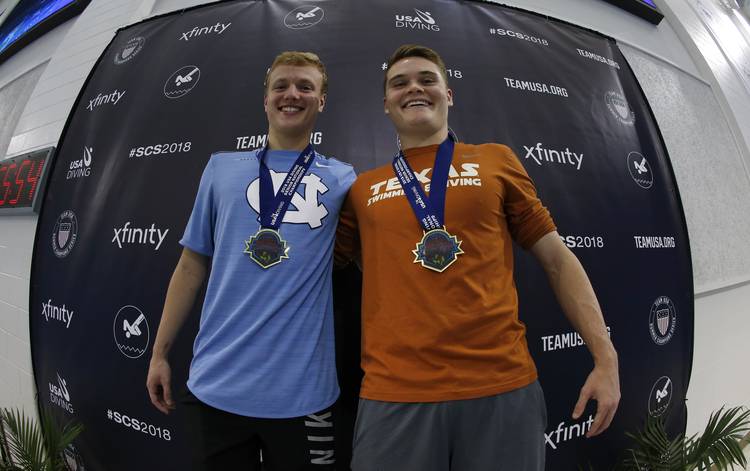 The duo earned 383.19 points to take the victory. They topped Sam Dorman and Michael Hixon, Olympic silver medalists, by 8.4 points.

“When we’re competing against them, we’re not really thinking of them as Olympic silver medalists,” Campbell said in a USA Diving press release. “They’re just your competitors. When you’re out there competing, whether it’s a local meet, a national championship or an international meet, it’s the same mindset.”

After scoring 79.8 points on a reverse 1 1/2 somersault with 3 1/2 twists,  Campbell and Duncan completed a front 2 1/2 somersault 2 twist pike in the final round. Coupled with a miss by Dorman and Hixon, the Longhorn All-American and Tar Heel triumphed.