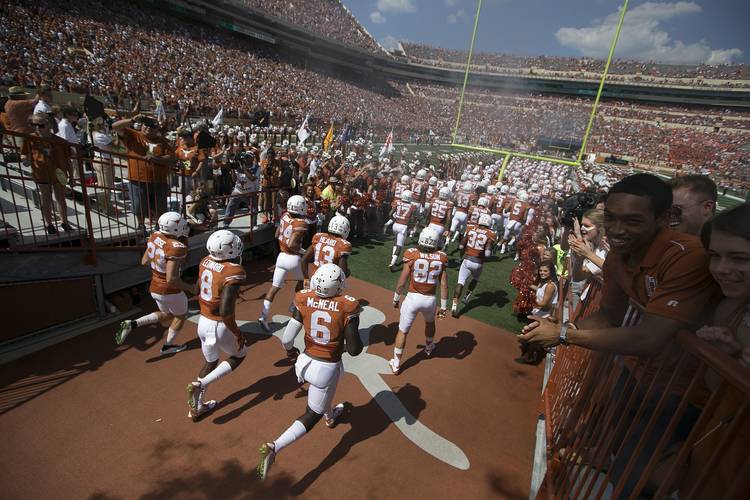 An in-depth analysis by the American-Statesman revealed there has been no increase in arrests on game days as a result of Texas officials’ decision to sell beer and wine at Royal-Memorial Stadium.

Fan reaction has been mixed, according to reporters Julie Chang and Ralph K.M. Haurwitz. However, the numbers from three home games so far during the 2015 season do not indicate any alarming trends. Texas plays its fourth home game of the year against Kansas State on Saturday.

On those three game days, a cumulative total of 22 people were arrested across the UT campus. During the first three home games in 2012, 2013 and 2014, there were 26, 35 and 13 arrests, respectively. But calls to police totaled 443 during the three home games combined so far this year, at least 65 more than in any comparable period in the three previous years. It’s unclear what role, if any, alcohol played in those arrests and police calls.

The arrest trends are also true for other alcohol-selling universities. At UT, as well as other schools, common offenses are underage drinking and public intoxication, but anecdotal evidence suggests that serving alcohol in a stadium curbs binge drinking before games and at halftime, when some fans exit for alcohol-fueled tailgating. It also helps that stadium servers are trained to recognize when someone has had enough.

“Each game has its own unique tenor to it. You can’t necessarily take one game and say the same types of things will occur at the next game,” UT Police Chief David Carter said. “At the conclusion of the season, I’m going to work with our campus safety and security partners to see if there is some kind of significant change. At this time, we don’t have a conclusion that says more incidents are occurring.”

Texas Exes opens its tailgate to ‘all Longhorns’