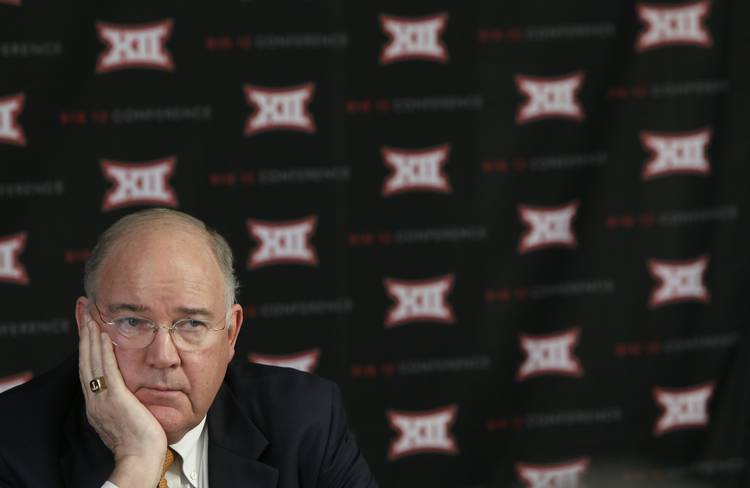 On the state of Texas athletics leadership:

“The heck with Waldo. Try finding the University of Texas leadership on key issues like Big 12 realignment, the polarizing Longhorn Network’s future, a league network and even Dr. Randa Ryan, who university spokesman Gary Susswein said Tuesday remains as a senior executive athletic director. Neither athletic director Mike Perrin nor president Gregory Fenves has spoken about Ryan’s future or have agreed to an interview to identify the school’s stance on those bigger issues. In that void, we’re subjected to the David Boren Show as he all but runs the Big 12. As for Ryan, she is still being paid her $268,000 annual salary even though Eric Beverly has been running the academic show in football, and I’m told Kat Hastings is overseeing all academic services. Speculation is rampant Ryan may not be long for the job.”

On what former Longhorn he’s nominating for the Texas Sports Hall of Fame:

“I plan to nominate for the Texas Sports Hall of Fame in early June former three-time All-American receiver Hub Bechtol, who played with quarterback Bobby Layne and signed with the Baltimore Colts for a signing bonus of $1,250. He played with steel inserts in his leather helmet at Texas, his son, Roy, says, as protection because he played seven games his junior season with a broken jaw and his teeth wired shut. “They don’t make ‘em any tougher,” Roy said.”

His take on Texas baseball’s series win in Lubbock:

“Kudos to Augie Garrido for taking a series from Big 12 front-runner Texas Tech. Takes a lot to keep intact the fragile confidence of the Texas baseball team.”

For the rest of Kirk’s 9 things including his thoughts on a Sports Supreme Court, the NFL Draft and Kansas State head coach Bill Snyder signing up for Twitter, click here.