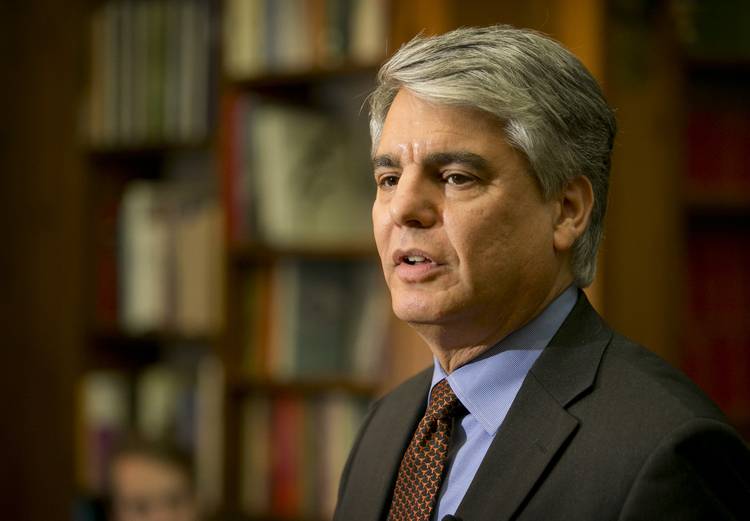 In this weekend’s wide-ranging interview with Statesman’s Ralph Haurwitz, University of Texas President Gregory L. Fenves reflected on his first year in charge on campus.

Fenves commented on some of the athletics items he’s managed in that year – the firing of former athletics director Steve Patterson, an athletics academic investigation and becoming a sports fan.

He also talked about the yet-to-be-built arena that will ideally sit on campus.

The UT president will eventually have to decide an athletics-related matter of generational impact: where to build a replacement arena when the Erwin Center, a multipurpose venue, is demolished to make way for expansion of the Dell Medical School. Fenves is open to the notion of an off-campus location but conceded that there is no proposal on the table.

To read more about the president’s first year, including how he morphed into a sports fan and what athletics event was one of three high points of his first year, click here.