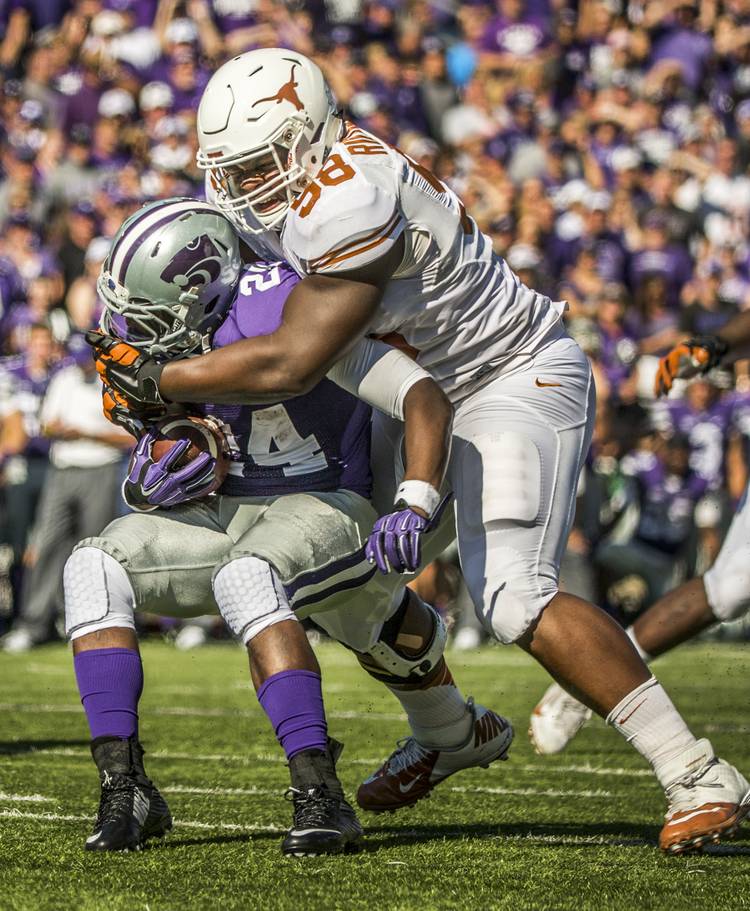 Defensive tackle Hassan Ridgeway is forgoing his senior season at Texas to enter the NFL draft, the team announced on Saturday.

The deadline for underclassmen to declare for the draft is Jan. 15.

Ridgeway, a junior from Mansfield, was slowed by a back injury early in the season but turned into one of the team’s most consistent players, registering 3.5 sacks and 6.5 tackles for loss. He also had 36 tackles and two fumble recoveries.

Ridgeway missed the season finale against Baylor with an injury.

His departures marks the second year in a row Texas lost a defensive lineman early to the draft. Last year, Malcom Brown left after his junior season and was taken in the first round by the New England Patriots.

The loss of Ridgeway adds to an already pressing need to acquire interior linemen in recruiting. Texas signed just one tackle last year, Du’Vonta Lampkin, who never made it to campus and is now enrolled at Oklahoma.