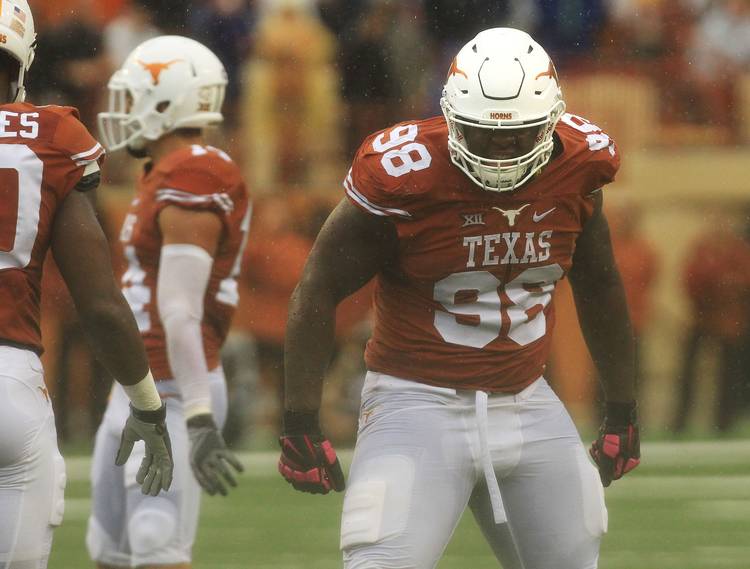 His lead item was on Hassan Ridgeway’s chances in the upcoming NFL draft:

The NFL draft stock of Longhorns defensive tackle Hassan Ridgeway may be soaring and promises to only go up after he performs at the NFL combine in Indianapolis. “He’s got some pretty good tape,” one league scout told me. “And he’ll have some times where he’s just out of reach of making a play. He’s a talented pass rusher (with a lot of) potential, too. NFL teams like him more than people think.” The scout said he thinks Ridgeway will go as high as the second round.

For the rest of Kirk’s thoughts including ones on UT hoops’ title aspirations, Shaka Smart’s coping methods, Karen Aston’s squad and his book recommendation, click here.

Adrian Colbert will transfer from Texas