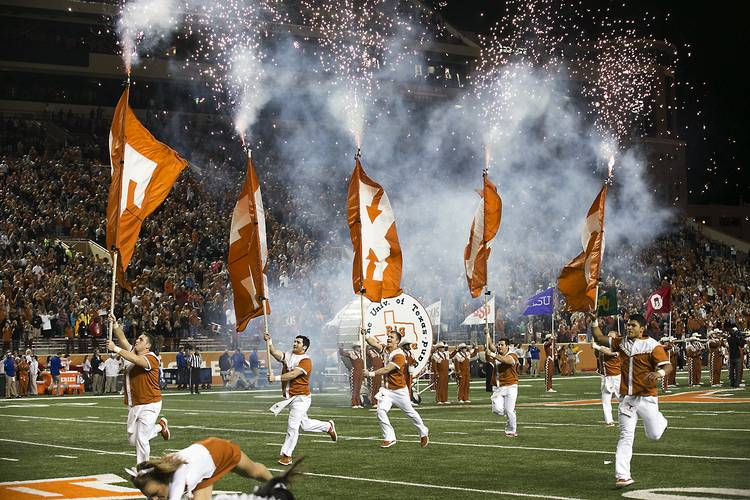 For some teams the yearly football uniform reveal is almost as exciting as the season kickoff. And then there’s Texas.

While the arrival of the Longhorn jerseys is exciting because it means football season isn’t too far away, the team usually resists any major stylistic changes. In fact, Coach Charlie Strong denounced the possibility of alternate uniforms saying he was all about tradition and, “We have a uniform, so let’s stick to our uniform,” 247 Sports reports.

Unsurprisingly, when the university’s equipment staff tweeted out a picture of a box of new jerseys, there was only one slight difference to note.

Chances are you won’t spot it, but, as was tweeted out by wide receivers coach Jay Norvell, last year’s uniform featured a “Texas fight” inscription embroidered on the inside collar that is absent in this year’s rendition.

The equipment staff also tweeted out a picture of the team’s cleats and practice shirts.

Preview of the 2016 cleats pic.twitter.com/sV9QSnnGDC

Maybe not the big reveal fans were hoping for, but a reminder that there are only 80 more days before we see these getups modeled live. Better get your horns up in preparation.