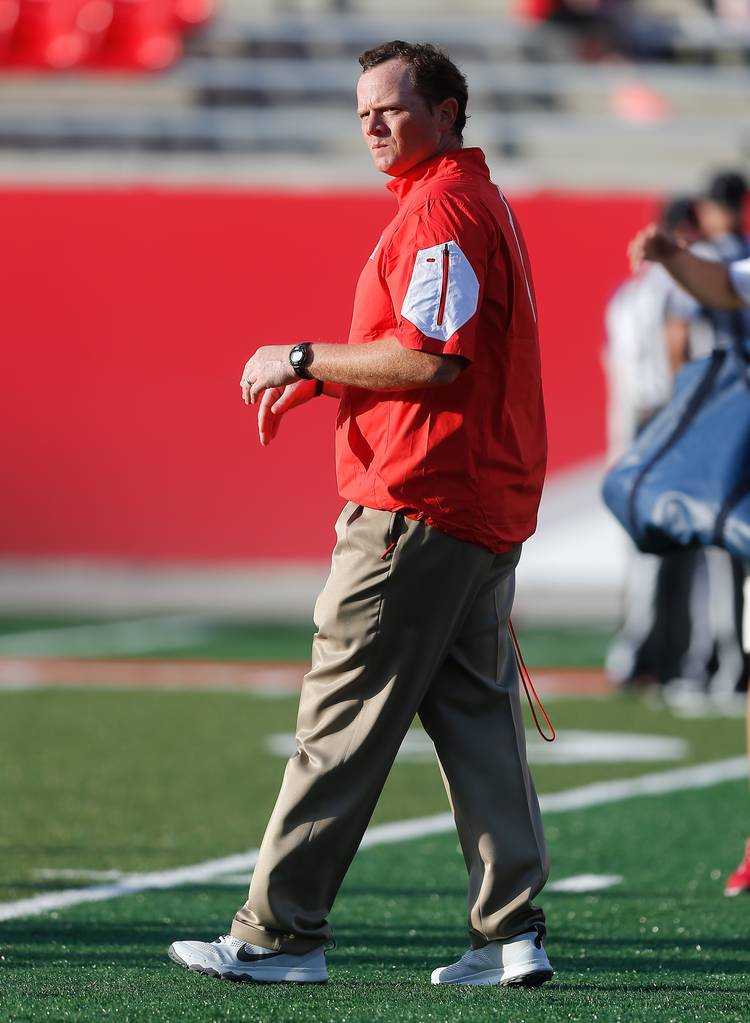 Houston Offensive Cooridator Major Applewhite of the Houston Cougars looks on during warm ups before the game against the Tennessee Tech Golden Eagles on September 5, 2015 in Houston, Texas. (Photo by Bob Levey/Getty Images)

Houston officially announced the hiring of former Texas quarterback Major Applewhite as its next head coach, per a press release from Vice President for Athletics Hunter Yurachek.

Applewhite will begin the job immediately, and will serve as head coach during the Las Vegas Bowl on Dec. 17. Orlando will serve as defensive coordinator for the bowl game, per Houston’s release. The Cougars play San Diego State at 2:30 p.m. on ABC.

This is Applewhite’s first head coaching job. He spent seven seasons at Texas under Mack Brown, including four as the Longhorns co-offensive coordinator. His contract was not renewed when Brown was fired at the end of the 2013 season. He was also an offensive coordinator at Rice (2006) and Alabama (2007).

Applewhite could have been considered for the offensive coordinator position at Texas, but his status on coming back to the 40 Acres is clouded by his involvement in the ongoing legal suit between the University of Texas and former track coach Bev Kearney, who is suing for race and gender discrimination.

Houston Board of Regents chairman Tilman Fertitta on the Applewhite hiring:

Urban Meyer: Tom Herman is ‘ready for the task’ at Texas