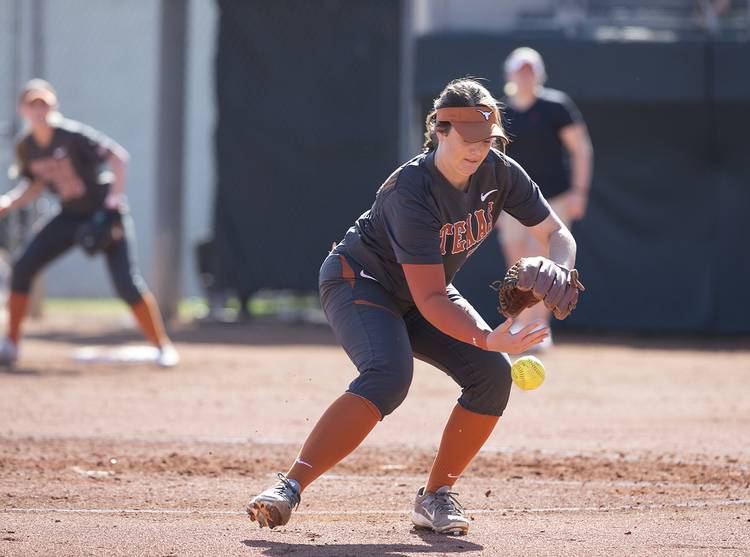 Texas’ softball team boasts a 7-3 record early in the 2017 season.  If you look closely, however, that mark’s a bit misleading.

The Longhorns have played only one ranked team − No. 12 Minnesota (9-0) − and was 0-2 against the Golden Gophers. Their other loss, a 9-4 setback against South Carolina in the Texas Invitational, came against a team that has been receiving votes in the NFCA/USA Today coaches poll since the beginning of the season.  Texas received two votes in this week’s coaches poll.

The Longhorns have defeated two teams with winning records − Conference USA’s Louisiana Tech (7-4) and Colorado State (5-4) out of the Mountain West. However, the four teams Texas has defeated, which also includes Maryland (1-8) and Indiana (2-7),  have a combined record of 15-24.

Texas needs a quality win this weekend at the Mary Nutter Classic to establish itself as a contender, and there will be plenty of chances for that signature victory. More on that in a minute.

Now, let’s play in the dirt.

THREE-UP, THREE DOWN: There were plenty of positives to take away from the Texas Invitational this past weekend, but there are a few negatives, too. First, the good stuff:

ON DECK: Texas takes its first road trip of the season this weekend to sunny Palm Springs, Calif., to play in the Mary Nutter Classic. This won’t be an easy road trip for the Longhorns. Of the six games scheduled, only one is against a team not receiving votes or ranked in the Top 25: Bethune-Cookman (1-9).

If the Longhorns want to be taken seriously as a contender, they need a victory over one of these ranked teams, if not two wins.

Texas’ schedule (All games are live streamed on FloSoftball.com, which requires a subscription; Texas games also will be broadcast on 105.3):

AROUND THE HORN: Here’s a quick look at a few story lines involving the Big 12, the Longhorns and their opponents:

It's the first time since 2006 that ISU has swept the Big 12 weekly awards. pic.twitter.com/azQQtkh0vg

BIG 12 POWER POLL: Oklahoma keeps the top spot in this week’s poll after going undefeated in Houston last weekend. Iowa State, however, is out of the cellar  after going 5-0 last weekend in Nashville, Tenn.