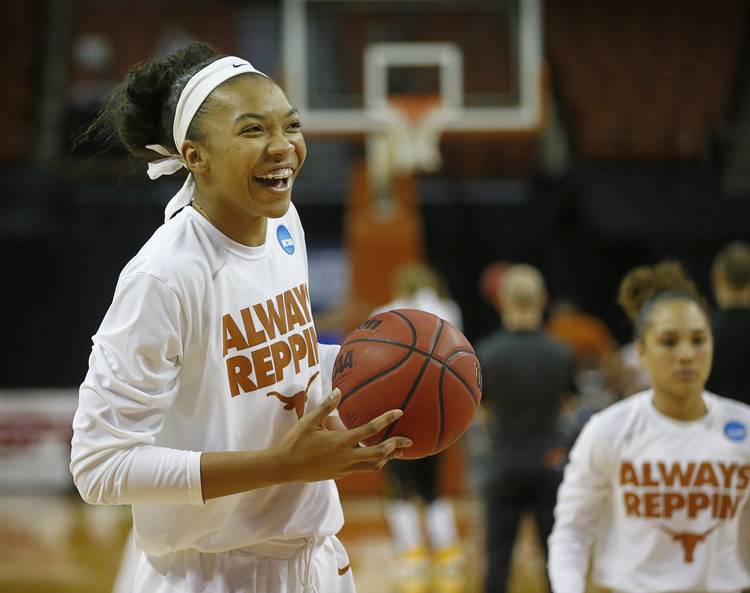 Overview: The Huskies, currently on a 71-game winning streak, are 54-0 in the regular season and 9-0 in tournament games against AAC teams since the league was formed in 2013 out of the Big East. UConn has won all those games by double digits. The Huskies are three-time defending national champions — part of Auriemma’s record 10 titles. This year’s squad is led by senior and most valuable player Breanna Stewart, three-time Final Four MVP. UConn is ranked second overall in NCAA Tournament games played (122) and wins (105) and is the all-time leader in winning percentage (.859).

Overview: The Longhorns are coming off a pair of easy victories in the first two rounds of the NCAA 86-42 against Alabama State, 75-55 against Missouri. Texas has played all three of these teams within the last two years. This year the Longhorns defeated Mississippi State 53-47 in Austin. Last season they beat UCLA 75-65 in Pauley Pavilion and lost to UConn 105-54 in the Sweet 16 round in Albany, N.Y. On Monday Imani Boyette became the second player in UT history to reach 300 career blocked shots, joining former Horn Ashley Gayle.

Overview: The Bruins lead the Pac-12 in scoring (74.4 points per game) and have three players averaging more than 12 points a game. Sophomore guard Jordin Canada is the backbone of the team, averaging a team-high 16.1 points a game and a conference-leading 5.9 assists a game. In Monday’s 72-67 victory over No. 6 seed South Florida, Canada missed 10 of her 11 shots from the field in the first quarters before erupting for 17 points in the pivotal fourth quarter. Senior guard Nirra Fields complements the backcourt with 15.7 ppg.

Overview: The Bulldogs earned a trip to Bridgeport by beating Michigan State 74-72 on Monday. MSU set a school record for victories (28) and advanced to the Sweet 16 for the second time. Sophomore forward Victoria Vivians is the offensive leader, averaging 17.2 points a game including more than two threes per game. She led the Bulldogs to a second-place finish in the SEC regular season. The Bulldogs are 16-2 at home this season and averaged 5,161 fans per game. Mississippi State ranks No. 15 (out of 344) in the country in scoring defense, yielding an average of 54.7 ppg.