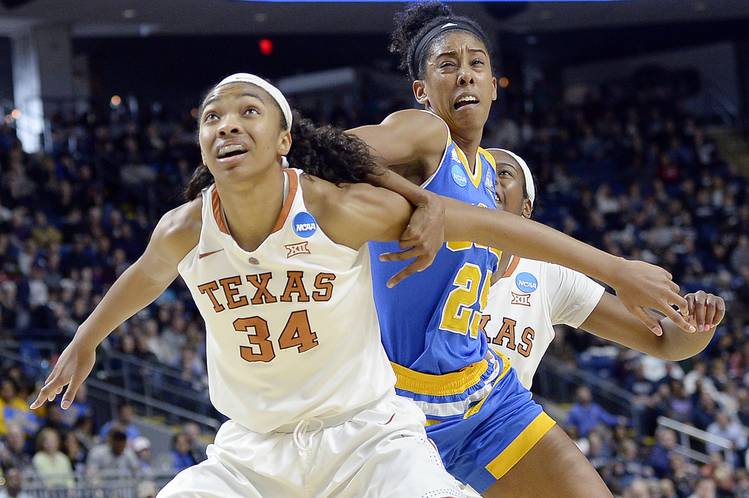 BRIDGEPORT, Conn. — Imani Boyette was in no mood to end her college career on Saturday.

Texas, which trailed 54-48 after three quarters, rallied behind the 6-7 senior in the fourth quarter to post a 72-64 victory over UCLA and Webster Bank Arena.

Ariel Atkins added 16 points and Brooke McCarty finished with 15 points for Texas, which improved to 31-4.

Texas took control with a 10-0 run to open the fourth quarter. Boyette had two buckets in that stretch.

Jordin Canada scored 20 for the Bruins, who ended their season at 24-9.

Texas will play top-ranked UConn at 6 p.m. Monday CDT for the right to go to the Final Four.

UConn showed why it’s the dominant team in women’s basketball by crushing Mississippi State 98-38. All-America forward Breanna Stewart led the Huskies with 22 points on 8-for-10 shooting from the field.

Geno Auriemma was asked if anyone can challenge UConn when the Huskies are playing this well.

“Well, I mean, that’s what they said about Baylor when Louisville beat them when they had Britney Griner.”