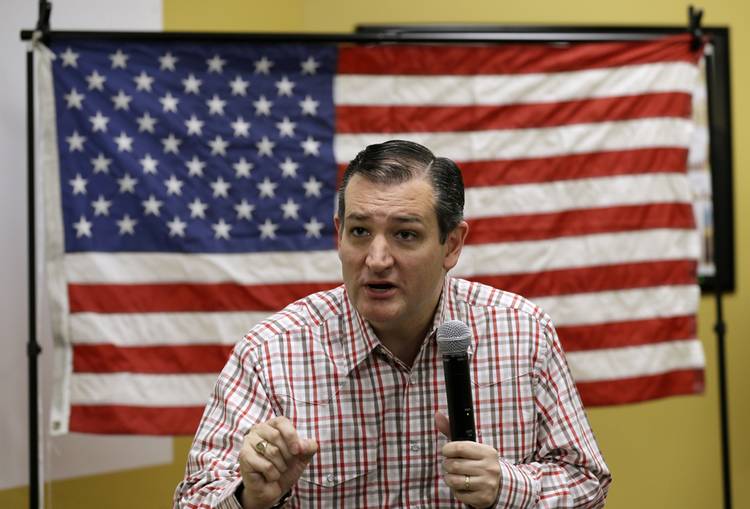 At a town hall event in Sioux City, Iowa, on Friday, Republican presidential candidate Ted Cruz had kind words for neither the Texas Longhorns nor young female athletes.

“In Iowa, y’all take your politics seriously. Look, you treat politics like we treat football in Texas,” the U.S. senator from Texas told the crowd. In a video clip posted to YouTube, a voice can be heard saying “not now,” referencing the current woes of Charlie Strong’s team.

.@tedcruz has a crowd of 110-120 for a town hall with @SteveKingIA here at Briar Cliff University in Sioux City, IA: pic.twitter.com/yzQH4rkQJc

After bemoaning his secondhand embarrassment for the UT football team at their 24-0 loss to Iowa State last month, Cruz says in the video: “I think they cancelled their football program and brought in a girls junior high team instead.”

! @tedcruz on Texas vs. Iowa State: "I think they (Texas) cancelled their football program and brought in a girl's team instead."

Cruz has some Longhorn memorabilia in his office, according to the Blaze, but he attended Princeton for his undergraduate studies and later went to Harvard Law. Watch the clip below.

On Friday, Cruz also dipped his toes in the controversy surrounding fellow candidate Donald Trump’s remarks that he would implement a mandatory database for all Muslims in America. The senator said that he would not support such a registry.

Earlier this year, Texas A&M regent had similarly questionable remarks about the Longhorns team, characterizing them as a “cupcake” opponent.