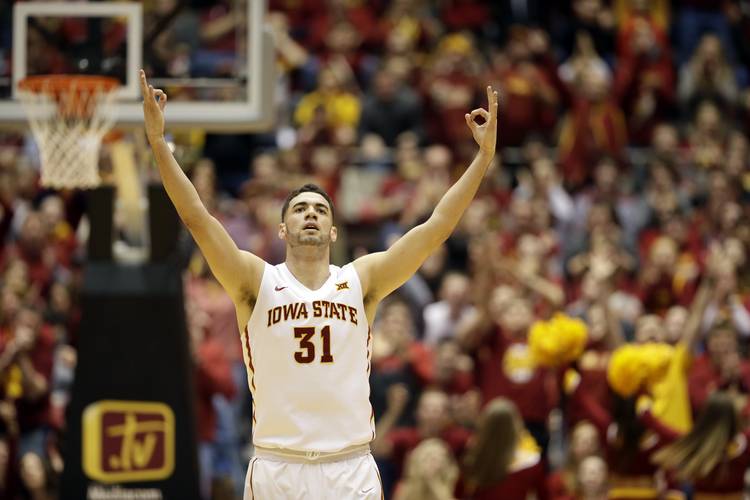 Series history: Texas leads the all-times series, 17-14. The Cyclones have won four straight in the series, including a thrilling 69-67 decision in last season’s Big 12 tournament.

About the Longhorns: It’s worth noting that five Big 12 teams have a 1-2 league record. Texas opened 1-2 last season before notching an unexpected win over No. 16 West Virginia in Morgantown. … G Demarcus Holland is expected back in the lineup after missing Saturday’s game due to his grandmother’s funeral. … UT’s freshmen are learning how the intensity increases in January. Eric Davis is 3 for 14 (.214) from 3-point range in three league games. Tevin Mack is 4 for 14 (.286) from beyond the arc. Those totals aren’t helping the overall numbers. Texas has made only 18 of 72 3-pointers in Big 12 play so far. … The Horns are minus-3.7 in rebounding margin in Big 12 play, too.

About the Cyclones: F Georges Niang is easily one of the best players in the nation. In fact, he’s the only Division I player with at least 1,700 points, 550 rebounds and 325 assists for his career. His inside-out presence could cause Texas problems defensively. … F Abdel Nader can get himself into foul trouble, much like UT’s Prince Ibeh. The Cyclones are 19-3 whenever Nader can play more than 20 minutes. … G Monte Morris has seen his assist totals come down slightly since Big 12 play started. He still averages seven assists per game. … Overall, Iowa State isn’t known for lock-down defense. The Cyclones allowed a league-high 69 points last season. This year, it’s up to 73.7.