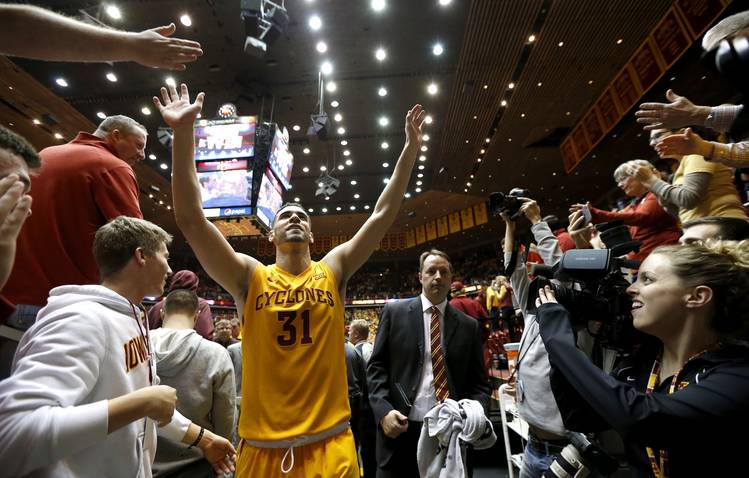 About the Longhorns: The Big 12 is an insanely difficult league. Texas is still one game back in the league standings despite losing to Oklahoma on Monday. After facing the Cyclones, the Horns have a favorable closing stretch with four home games — all against title contenders — in Austin. … Few outside the city limits have noticed the all-Big 12 season G Isaiah Taylor is putting together. In league play, the junior is averaging 16.2 points, 5.2 assists and shooting 84.5 percent from the free throw line. … Injured C Cam Ridley (featured foot) had a mid-week doctor appointment, but a UT spokesman said there was no newsworthy change in his timetable. Coaches hope Ridley can return for the postseason.

About the Cyclones: Coach Steve Prohm’s team is difficult to figure out. The Cyclones had a four-game winning streak but has since lost three of its last four. That includes an 85-82 loss at Texas Tech on Wednesday. “We’re battling our tails off,” Georges Niang said. “We’re not the deepest team. We’re asking guys to play out of position. It’s our coach’s first year working his tail off making ends meet.” … G Monte Morris became the 32nd player in school history to score 1,000 career points. Niang also became the eighth player in Big 12 history to score 1,000 points in Big 12 play. … G Deonte Burton was a surprise starter for the second straight game against Tech. He finished with a team-high 20 points.