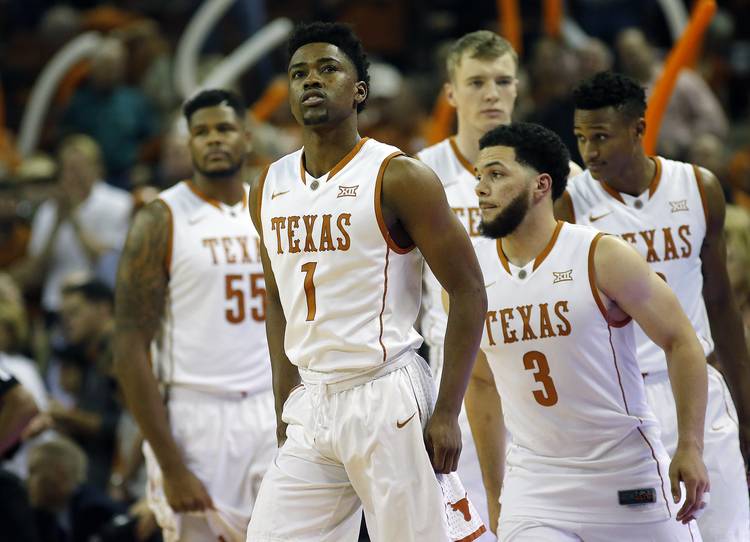 STANFORD, Calif. — Isaiah Taylor returned home and gave his family and friends a performance to remember heading into the Christmas break.

Taylor scored 26 points, one off his career high, and scored the game winner on a floating layup with fewer than two seconds to play to help Texas hold off a late rally to beat Stanford 75-73 on Saturday night.

Stanford’s Rosco Allen, who scored 19 points, hit a 3-pointer with eight seconds left to tie the game at 73.

“My mind was racing the final eight seconds,” said Taylor, who grew up about 30 minutes from Stanford’s campus. “Unfortunately he hit the 3. The ball came to me and coach and my teammates trusted me to make the final play. I was able to get it up.”

Cameron Ridley had 10 points and 10 rebounds for the Longhorns (8-3), who won their sixth straight. Kerwin Roach, Jr. added 14 points.

“We got up by double digits and then we let up a little bit,” Longhorns coach Shaka Smart said. “Isaiah settled us down out there. He’s the one guy on the team who was cognizant throughout the game with a level of poise.”

Dorian Pickens scored a career-high 24 points, including a 6-of-7 effort from long range, for the Cardinal (5-4), who had their three-game winning streak snapped. Michael Humphrey had 11.

“We went on a little run toward the end but we shouldn’t have been down in the first place,” Pickens said. “We came out with a little bit of a lack of energy.”

Humphrey recorded a steal and dunk to bring Stanford within 70-68 with 27 seconds to play but Taylor sank a pair of free throws to maintain the edge.

The Longhorns responded with a 10-2 run to take their biggest lead of the night a little over two minutes later at 61-49.

The Cardinal again narrowed the lead to four points and stayed within striking distance entering the final minute.

Texas took advantage of some early shooting woes by the Cardinal, who missed their first five shots and turned the ball over twice before scoring its first points five minutes into the game.

The Longhorns raced to a 7-0 lead and eventually took a 10-point advantage midway through the first half.

Stanford drew within two briefly before Texas pulled away and carried a 41-35 lead into the intermission.