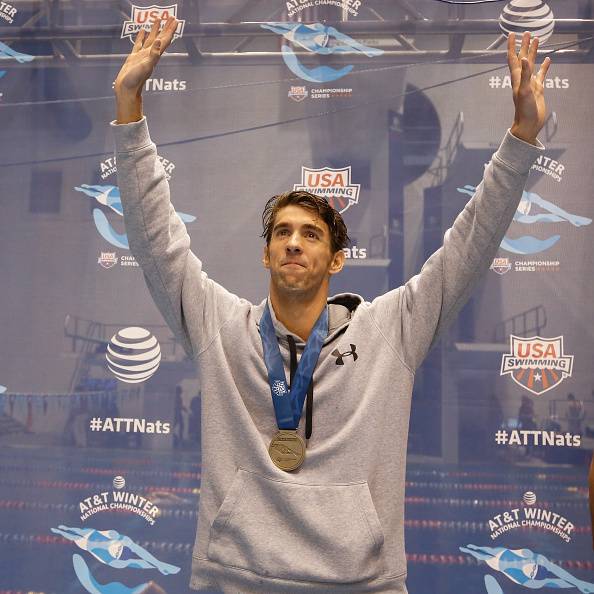 With 18 gold medals, Michael Phelps is the most decorated Olympian in history. He’s in Austin this week to race in the Arena Pro Swim Series at the Jamail Texas Swim Center.

It seems that Longhorn Jack Conger, the American record holder in the 200-yard butterfly, has caught Phelps’ eye. Conger, who will be trying to make his first Olympic team, has drawn comparisons to Phelps because of his ability to dominate so many strokes. And the two are both from Maryland.

Phelps said he sat down with Conger this time a year ago to give him a bit of coaching. He’s cheering him on this week.

“I sat with Jack and watched his freestyle, a couple of his strokes, and just gave my two cents,” Phelps recalled. “It was good. I hope he was able to take something out of it.

“I think the kid is a very talented swimmer. And being able to race him (last) summer helped us both.”

What was Phelps’ main message?

“Keep doing whatever you’re doing because it’s working,” Phelps said. “Don’t over think it. That’s where a lot of people have problems. If you’re training well and swimming fast, don’t stop, don’t change, keep it moving, it’s not that hard.

“That’s really it. … I’m excited to be able to race him again. He’s a stud. It’s going to be fun watching his career and seeing where his career goes.”

Conger was selected national swimmer of the week for his performances in dual meets against Georgia and Auburn last week.