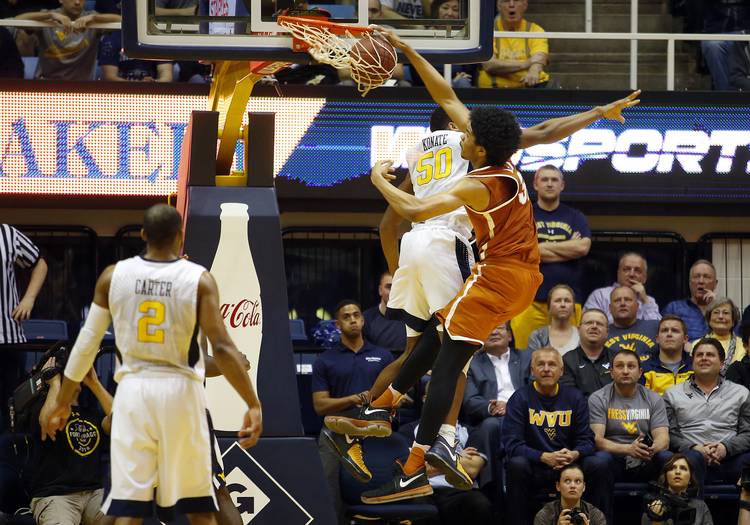 Jarrett Allen #31 of the Texas Longhorns dunks against Sagaba Konate #50 of the West Virginia Mountaineers at the WVU Coliseum on February 20, 2017 in Morgantown, West Virginia. (Photo by Justin K. Aller/Getty Images)

Last night in Morgantown, the Longhorns dropped another contest on the road with a 77-62 defeat to the Mountaineers.

But, one individual play from last night has Longhorn fans thinking of what the future holds for freshman center Jarrett Allen. Allen led the Longhorns in scoring with 17 points, but his night will be remembered for one athletic highlight.

His windmill slam-dunk in the first half was characterized by ESPN commentator Fran Fraschilla as the “dunk of the year.”

“I’m in shock,” Fraschilla said moments after the rim-rattler.

Allen believes that the dunk “was a strong play at the rim.”

Here’s the highlight in question: