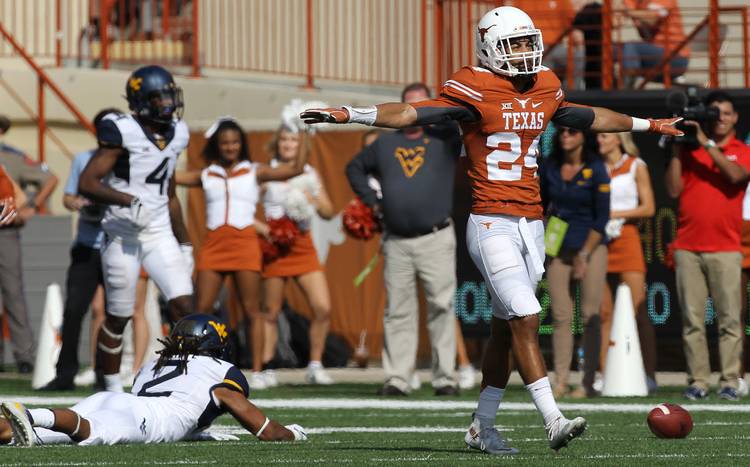 This fall, John Bonney’s playing time may come at a different position.

Bonney is coming off a sophomore season in which he started seven games at cornerback and registered a team-high nine pass break-ups. Bonney also earned six starts as a cornerback in 2015. For his career, Bonney has recorded 68 tackles and forced two fumbles.

Following a practice on Thursday, however, Inside Texas reporter Joe Cook asked Texas coach Tom Herman why Bonney was spotted working out with the team’s safeties. Herman told reporters “that’s where we’d like him to be playing.” The Longhorns have depth at cornerback, and Herman believes the six-foot-one-inch, 200-pound Bonney’s physicality can be used elsewhere in the secondary.

While speaking at a press conference on Monday, Herman also hinted that Bonney could be used as a nickelback.

“Outside linebacker right now, we play so much nickel, especially in this conference, so the feel of the outside linebacker in our defense is substituted for nickel,” Herman said. “So right now that would be a guy like P.J. Locke or a guy like John Bonney, maybe a guy that’s got some size and some physicality.”

Texas will need an extra body among its safeties this spring. Jason Hall, a rising senior who has started 28 games, will likely miss the rest of the Longhorns’ spring practices with a hamstring injury. Herman expects Hall to be recovered in time for summer conditioning.

Breakfast with Bevo: Vince Young gets another shot as a … Roughrider, eh?