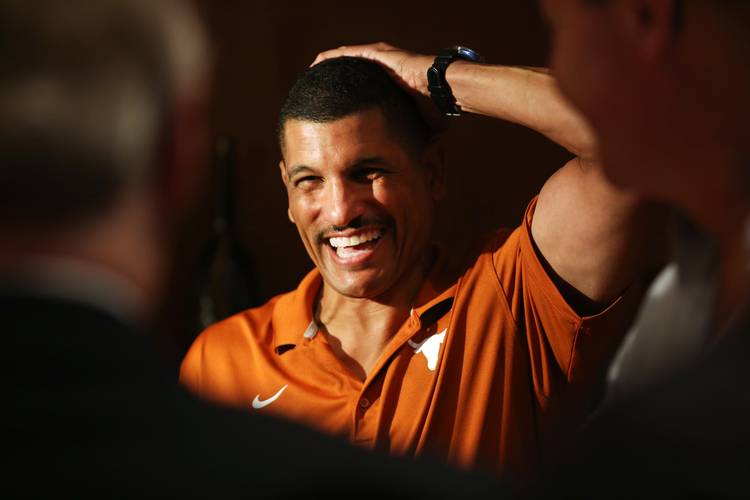 Early this morning, reports by 247Sports and Rivals published Jay Norvell, who was Texas’ offensive coordinator for the final 11 games of last season, is leaving for another job.

Officials at Texas haven’t officially confirmed that Norvell is taking another job,  but it appears that the former wide receivers coach has. This morning, Norvell tweeted “Thanks and God Bless” with a hook ’em emoji.

Last month, Norvell said “I’m not talking” when asked by an American-Statesman reporter if he planned to return to Texas in 2016.

Norvell’s departure means Strong will now be shopping for three assistant coaches. On Thursday, Texas announced that it had severed its relationship with cornerbacks coach Chris Vaughn, who is believed to have violated NCAA rules when he was on staff at Ole Miss.

Over the past two offseasons, eight assistants have left Texas.

At half way point of season, what do Big 12 officials, Shaka Smart think about the rule changes?

Who are the eight coaches that have left Charlie Strong’s staff since 2014?