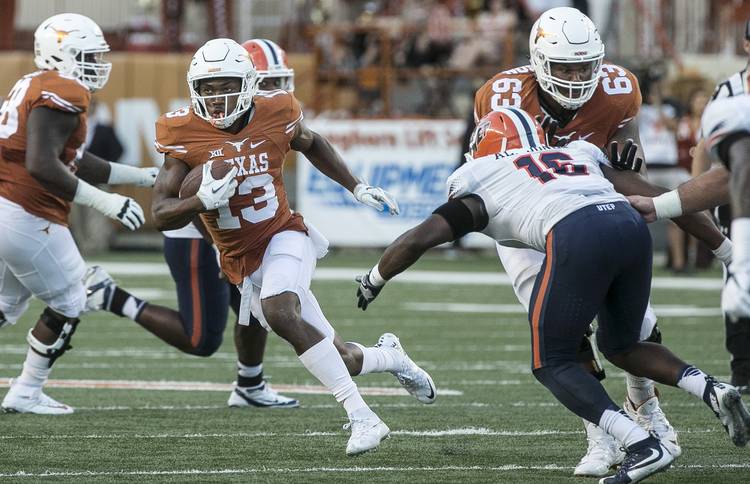 Jerrod Heard scored his second touchdown against UTEP on a 7-yard pass from Shane Buechele in the fourth quarter.

Heard, who turned 21-years-old on Saturday, extended the Longhorns’ lead to 41-7 with the score. It was Buechele’s fourth touchdown pass of the game.