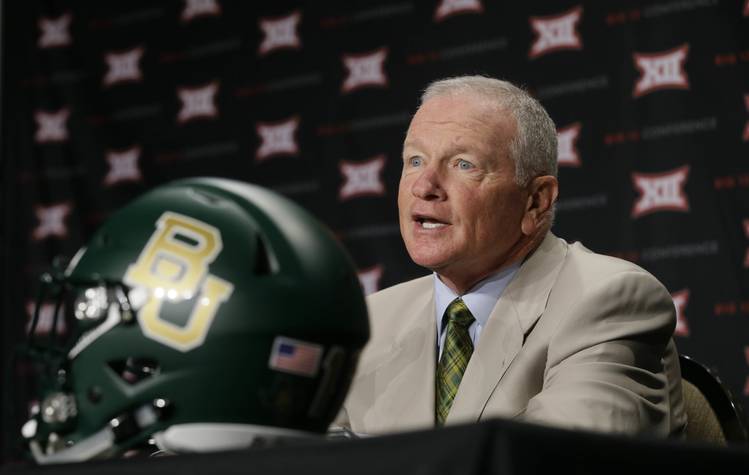 DALLAS — When he looks back at the transcript, Baylor coach Jim Grobe will probably regret a few things he said at Tuesday’s Big 12 media days.

For one, Grobe told reporters, “We don’t have a culture of bad behavior at Baylor University.” Yet, Grobe has his job only because of bad behavior, notably sexual assault, committed by football players at the university and ignored by former coach Art Briles.

Additionally, Grobe said the problems Baylor is dealing with “are probably problems at every university in the country.”

And then there was his insisting Briles’ assistant coaches, all of whom Grobe retained, were not complicit in any wrongdoing. This runs counter to the findings in the Pepper Hamilton report.

This was not Grobe’s finest hour. Yet he probably won some points, at least from Baylor fans, with a funny quote about wanting to continue Briles’ successful philosophies on the field.

“I’m an old West Virginia hillbilly and we have a saying if it ain’t broke, don’t fix it,” he said.

Grobe said Baylor has only 70 scholarship players, which is 15 under the NCAA maximum.