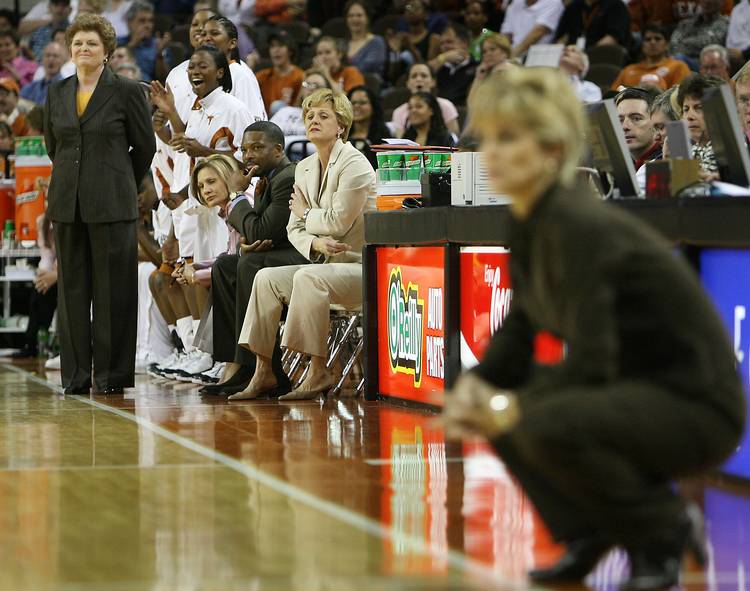 In 2000, Jody Conradt was a member of the inaugural class for the Women’s Athletics Hall of Honor at Texas. Nineteen years later, Conradt will be applauded by one of UT’s biggest rivals.

It was announced on Thursday that Baylor’s Wall of Honor will now include Conradt, a longtime basketball coach at Texas who went to college in Waco. Conradt and ex-Bear tennis player Mark Hurd will be recognized on Nov. 22 when Baylor inducts eight former athletes into its athletic department’s hall of fame. The following day, Baylor is set to host Texas in a football game at McLane Stadium.

In a press release, Baylor said that the “Wall of Honor annually recognizes Baylor letterwinners and graduates whose meritorious accomplishments in public or private life following graduation have brought positive public recognition, credit and honor to Baylor and the athletics department.” Conradt played basketball at Baylor from 1959-63. According to Texas, Conradt averaged 20 points per game during a time that women’s basketball was not recognized as an intercollegiate varsity sport.

After she graduated from Baylor, Conradt went onto win 900 games as a coach at Sam Houston State, UT-Arlington and Texas. Conradt earned 783 of those wins — and the 1986 NCAA championship — during a 31-season run at Texas. During that 1985-86 season, the 34-0 Longhorns became the NCAA’s first undefeated champions.

While at Texas, by the way, Conradt compiled a 52-16 record against Baylor.