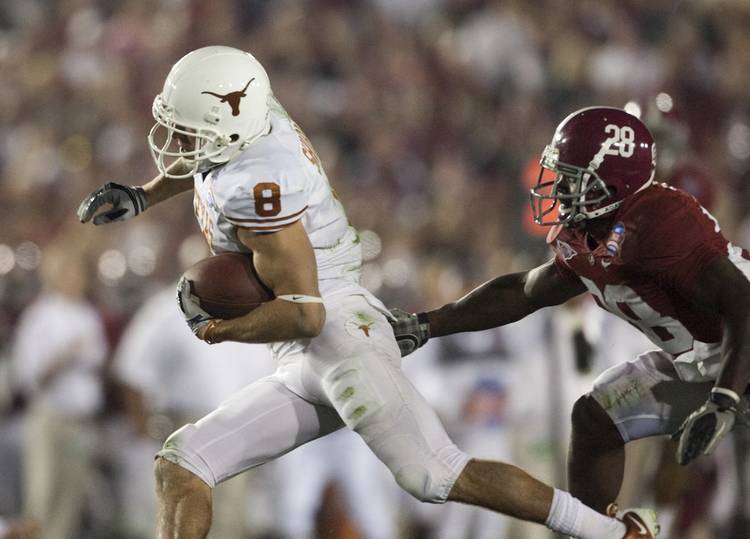 UT's Jordan Shipley breaks away from Alabama defensive back Javier Arenas on his way to a score at the National Championship at the Rose Bowl in Pasadena, Calif., on Jan. 7, 2010. (Jay Janner/American-Statesman)

Former Longhorn Jordan Shipley turns 30 today – what better way to celebrate than with a few highlights from the All-American wide receiver? Shipley has retired from the NFL and moved on to a TV hosting gig, but we haven’t forgotten about his time on the field:

1. Kickoff return against Oklahoma, 2008: Shipley responds to an OU score in the second quarter with a 96-yard kickoff return for a touchdown.

3. Airborne against Kansas, 2008: Shipley flies over the defense for a first down on a fake field goal.

And one more off the football field: We can’t forget about the time he sang to best friend Colt McCoy at the quarterback’s 2010 wedding. (They used to be roommates, in case you hadn’t heard.)