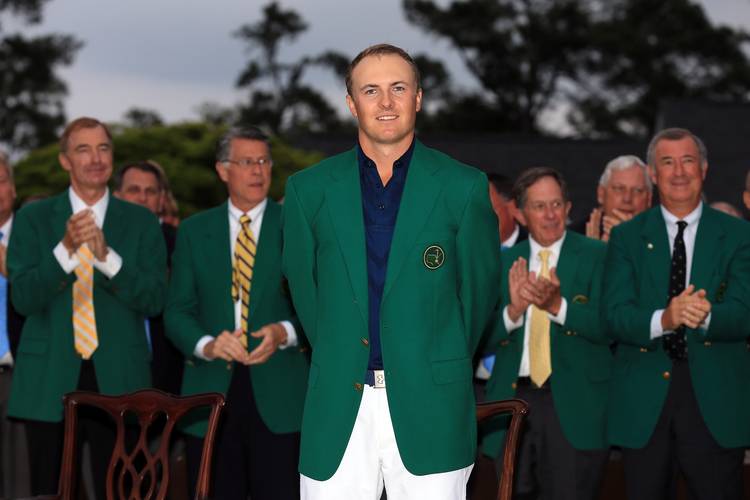 Jordan Spieth of the United States poses with the green jacket after winning the 2015 Masters Tournament at Augusta National Golf Club on April 12, 2015 in Augusta, Georgia. (Photo by David Cannon/Getty Images)

In the golf world this week, the most viral headline was neither a birdie nor a bogey. It was a baldie.

Former Texas Longhorn Jordan Spieth is used to being the talk of the links. He’s a fairway phenom, winning this year’s U.S. Open and consistently residing in the upper tier of his sport’s rankings. For all his talent and accolades, there’s one thing that the world has noticed he hasn’t conquered: a receding hairline.

The buzz began with, of all people, “Seinfeld” co-creator and creator/star of “Curb Your Enthusiasm” Larry David, himself a man of follicular economy. Questioned about Spieth in an interview with Golf Digest published Monday, the caustic David had less to say about the golfer’s game and more about his dome: “He’s going to be a bald man. He’s going to be wildly bald. This makes him way more appealing to me. It’s one thing to handle the pressure of the back nine at Augusta; let’s see how he does when he sees all that hair in the tub.”

David went on to say that the 22-year-old golfer has “three years, maybe four” before he’s a certified cueball.

Spieth, who was honored at Texas’ home opener against Rice on Sept. 12, responded with grace to ESPN reporter Jason Sobel, who quoted him on Twitter as saying “Yeah, that was pretty funny. Hey, nothing I can do about it.”

If you can believe it, this is not the first time hairs have been split about Spieth’s appearance. In response to sports radio host Tony Kornheiser’s apparent fixation on the golfer’s hairline, a man named Robert Berg wrote a parody of Adele’s “Rolling In the Deep” called “Balding Jordan Spieth,” released in June.