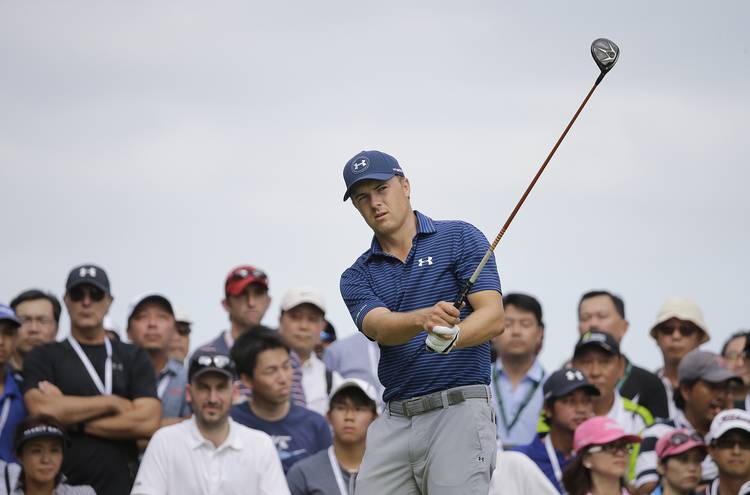 Jordan Spieth of the United States practices his swing on the third hole during the final round of the SMBC Singapore Open golf tournament at Sentosa Golf Club's Serapong Course on Sunday, Jan. 31, 2016, in Singapore. (AP Photo/Wong Maye-E)

Hotshot pro golfer Jordan Spieth doesn’t seem to think the latest piece of memorabilia bearing his image looks like him.

In fact, Spieth thinks the bobblehead that will be given to 8,000 spectators on Saturday at the AT&T Pebble Beach Pro-Am puts him in a more positive light.

“I don’t know, but somehow I think it’s even better looking than me,” Spieth recently said.

You can be the judge.

Read the full story and catch up on Spieth’s big week, which includes golfing with country music star Jake Owen, at mystatesman.com.

Watch: Tour the Forty Acres in the ’80s