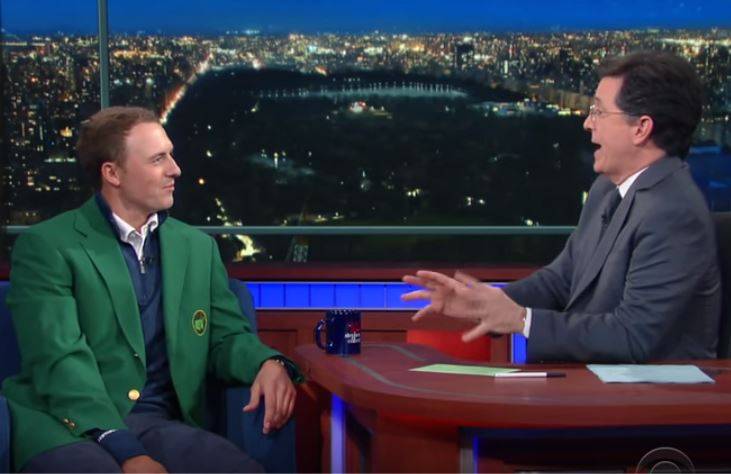 The defending Masters Tournament champion and University of Texas graduate Jordan Spieth joined CBS late-night host Stephen Colbert for a quick chat on the couch Monday night, a few weeks ahead of this year’s tournament.

Colbert, who recounted how he marks the bloom of spring by watching the Masters  every year, asked Spieth what he was looking forward to this year. Spieth said the previous year’s winner gets to pick the menu for this year’s champions dinner, which for Dallas-born Spieth means Texas barbecue for everybody.

Colbert also ribbed the 22-year-old for his habit of talking to his golf balls in flight.

“Now, I assume your balls are watching tonight,” Colbert said. “Is there anything you want to say to your balls before the (Masters)?”

In the video clip below, the world’s No. 1 golfer demonstrated for Colbert, who took a rough swing at the ball, exactly how it’s supposed to be done.

The eyes of golf are upon Jordan Spieth

Colt McCoy’s feature on The Players’ Tribune is pretty revealing