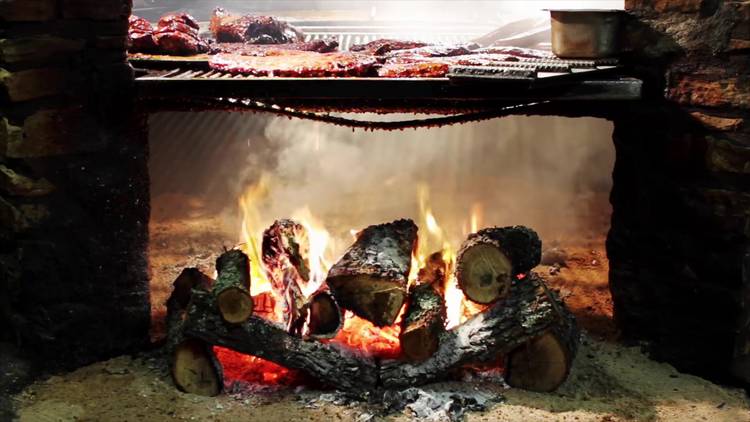 Update: So, about this post. Apparently our dreams of  Nick Faldo and Jose Maria Olazabal chowing down on some Salt Lick brisket may not come true.

But Texas barbecue is coming to Augusta. Statesman scribe Matthew Odam blogs that Ben Crenshaw jumped the gun when he said Jordan Spieth was bringing Driftwood’s finest foods to the Master’s Champions Diner.

That’s not the case.

”I didn’t select Salt Lick. I don’t know where that was spread from. Augusta National always makes the meals. So they asked,’ What do you want to have for your meal?’ and I said I’d love to do some Texas barbecue. So they kind of go out and search for a way to make it based on popular places. I’m not sure what it’s exactly going to be. It’s going to be Texas barbecue. I’m pretty excited for it.”

Monday: Jordan Spieth is basically the biggest thing in golf right now. The former Texas Longhorn nearly won all the majors  last year, including the Masters in 2015.

Because he won the Master’s last year, he has the honor of hosting the Champions Dinner before the tournament. And he picked one of the most “Texas” restaurants in the Lone Star state to cater the event.

The Statesman’s own Matthew Odam and Suzanne Halliburton report:  He’s bringing the Salt Lick to Augusta.

That’s right. The pride of Driftwood Texas, where it’s all you can eat brisket, ribs and sides –oh, the sides — is coming to the Masters.

We’re not sure if Spieth is going to keep with the original Salt Lick location’s rules and make it “BYOB,” but I think this Champions Dinner will be incomplete if there’s not an old cooler full of Shiner and Lone Star beer nearby.