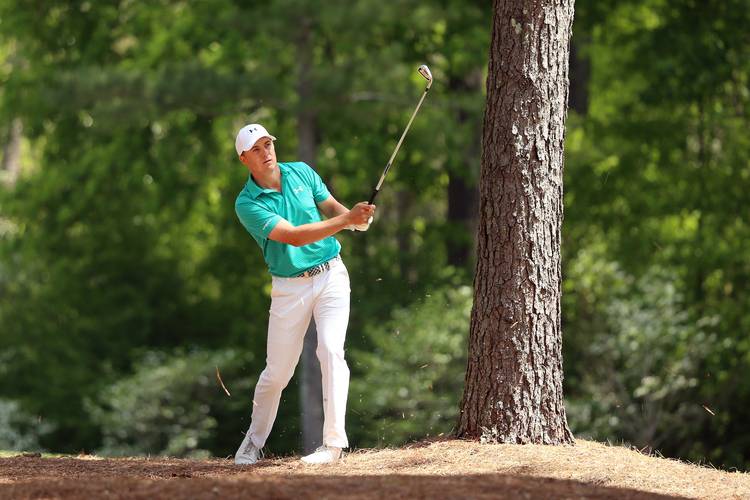 Jordan Spieth of the United States plays his second shot on the 11th hole during the first round of the 2016 Masters Tournament at Augusta National Golf Club on April 7, 2016 in Augusta, Georgia. (Photo by Andrew Redington/Getty Images)

Jordan Spieth carded a 6-under 66 in his first round at The Masters Thursday to start his defense of his 2015 title. Columnist Kirk Bohls asked the question about Spieth leading: Were you expecting someone else? when recapping the first round of play at Augusta. But what did Spieth say about his round?

He talks about his round to Mike Tirico of ESPN and what has changed about his life since winning last year: