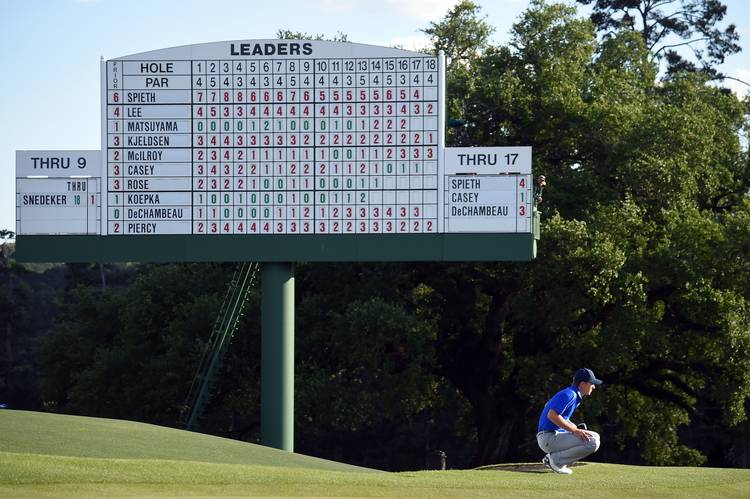 Jordan Spieth of the United States lines up a putt on the 18th green during the second round of the 2016 Masters. / Harry How/Getty Images

Former Longhorn Jordan Spieth heads into Saturday at the Masters seeking to become the first golfer to hold the lead for seven straight rounds — dating back to his wire-to-wire victory in 2015 and including his strong start this year.

But it wasn’t easy, as Kirk Bohls writes from Augusta:

After all, Jordan Spieth showed he’s human on Friday He didn’t blow away the field. He wasn’t being sized. But the stress of Augusta National nearly broke him. Nearly.

In difficult conditions, @JordanSpieth stood strong and held the lead at #themasters for a sixth consecutive round.https://t.co/Bf07uZqb84