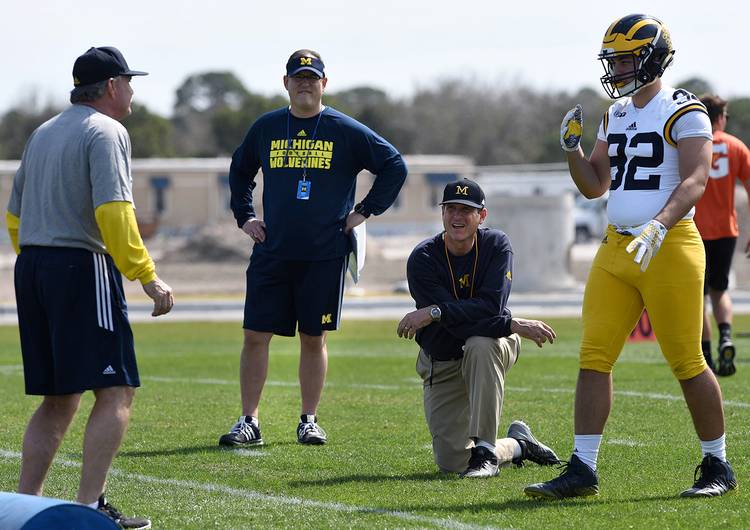 On how former Longhorn Jordan Spieth’s second-place tie at the Masters should serve as testament to just how good he is:

“He played with his B game for three days after his first-round 66, which came on a day when only six of 89 players finished with red numbers. He finished with more than twice as many birdies (22) as the champion (13) overall, and he still came within one bad hole of winning back-to-back Masters titles. Consider that Jason Day, No. 1 in the world, had as many bogeys (13) as birdies at Augusta. Spieth’s aggregate score for three Masters is a staggering 25 under par, and anyone who thinks Spieth’s game might languish because of his meltdown just doesn’t know the 22-year-old. I bet he wins at least one of the three remaining majors. He’s been this close to winning five majors in a row.”

“Dan Jenkins kept me thoroughly entertained Sunday afternoon, reminiscing about his former duels with the late Morris Williams Jr., who could have been Spieth long before Spieth came around. “He was great,” Jenkins said of Williams, who died in a training flight crash in 1953, three years after he outdueled TCU’s Jenkins for the Southwest Conference championship at Colonial Country Club in Fort Worth. “I don’t think he would have been the next Arnold or Jack, but he probably could have been like Billy Casper. He had a U.S. Open kind of game. He was straight with every club.”

On a possible replacement for satellite camps now that they’ve been banned by the NCAA:

Now that the NCAA has banned satellite football camps, what if it organized the equivalent of college combines? Have high school coaches nominate players. None can be as high as a four-star prospect. Stage four of them in different regions of the country, pay for the transportation and housing of the players, and let every college coach show up with a stopwatch and clipboard. Market them on ESPN. Recruitniks, start drooling.

For the rest of Kirk’s 9 things including his thoughts on the NCAA’s ruling on text message to recruits, Jack Nicklaus musings and his conversation with former Dallas Cowboy Daryl Johnston, click here.

Longhorns in the NFL draft: Texas football players drafted in the top 32, Nos. 10-19