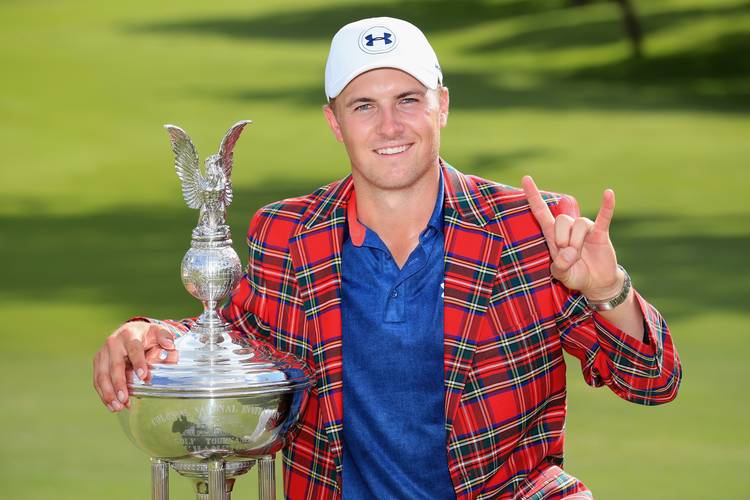 Jordan Spieth poses with the trophy after winning the Dean & Deluca Invitational at Colonial Country Club on May 29, 2016 in Fort Worth. (Photo by Tom Pennington/Getty Images)

Jordan Spieth nabbed his first Texas win on the PGA tour over the weekend with his victory at the Dean & Deluca Invitational in Fort Worth, breaking his post-Masters “slump.”

The former Longhorn secured the win with a 17-under 263, three strokes ahead of Harris English, and he finished the tournament in style: with a 34-foot birdie putt on the final hole. Check it out:

With his eighth PGA Tour victory, Spieth broke a tie and surpassed Tiger Woods in number of wins before age 23. Spieth now sits second on the list, behind Horton Smith’s 14 wins.

In need of a baseball coach, where might Texas turn? A look at possible candidates